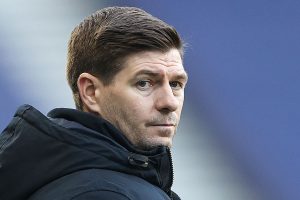 Jamie Carragher wouldn't want Steven Gerrard to currently come in and take charge of Liverpool with his lack of managerial experience.

The Reds legend was discussing players of his generation – namely Frank Lampard and Gerrard – becoming managers of big teams.

Lampard is under pressure at Chelsea following a string of poor results and now has the third worst win rate of any manager under the Roman Abramovich era.

But Carragher explained why he won't criticise his former England team-mate as much as someone like Jose Mourinho.

"The other managers who come in with CVs, they've got years of experience, they've won the big trophies. Mourinho comes in, Hiddink, Ancelotti – all these great managers. So I would be more critical of them."

Lampard's only management post before Chelsea was 12 months at Derby. Carragher explained that Lampard's appointment was more an emotional one and warned Liverpool not to rush into making the same decision with Gerrard. Even if Rangers currently top the Scottish Premiership.

"Frank Lampard has come into a job and I think of players in my generation. I think of myself. I watch Klopp on the line and I think I want to be Klopp, on the sideline, fist-pumping the Kop when Liverpool have won it. Looks amazing," continued Carragher.

"Frank wants to be Jose Mourinho, John Terry wants to be Jose Mourinho. I'm sure Thierry Henry looks at Arsene Wenger and thinks I'd love to do that, I could do that. What I would say about players of our generation is, and it's why I took this job and didn't go into management, I want to be Jurgen Klopp managing Liverpool. But I don't want to go to Mainz for seven years and work my way up.

"Stevie Gerrard's another one who's gone to Rangers – doing really well. Looks like he'll win the title this season. Would I want Steven Gerrard to be the Liverpool manager without more experience? Possibly not. Because I just think when you get those really big jobs and you haven't got that experience you've got nothing to fall back on when times are tough as they will be for the next few weeks for Frank.

"Players of my generation, certainly me, I don't want to go down to the lower leagues and learn about coaching."