‘These are the games you need to win’: Gary Cahill insists Chelsea must beat Burnley to show title credentials

Gary Cahill believes Chelsea’s trip to Burnley will prove a strong barometer of their chances of success this term.

The former England defender has challenged the Blues to grind out wins against lower-ranked opponents in a bid to sustain their strong Premier League start.

Maurizio Sarri’s men must fight to extend their unbeaten league start to 10 matches at Turf Moor, with the Italian boss hoping Eden Hazard can shake off back trouble in time to feature. 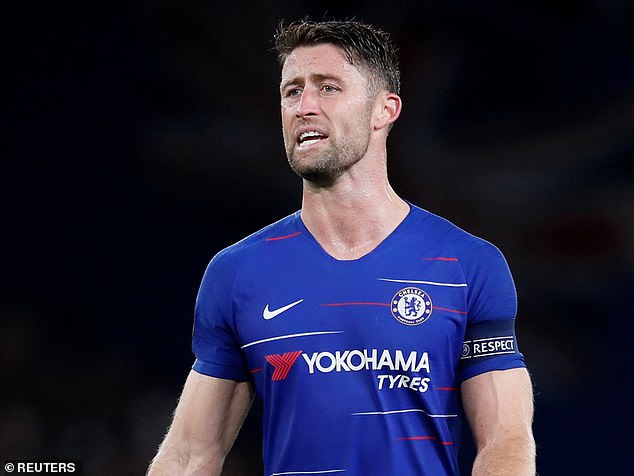 ‘These are the games you need to win if you’re going to be at the top and compete come the end of the season,’ said Cahill.

‘This is a very difficult game at the weekend going away to Burnley, everyone knows that.

‘So these are the games you have to churn out the victories in. That’s the way I’ve seen it over the years and this weekend will be no different.

‘But we’re prepared, the momentum’s good, the form’s good, so we’ve nothing in that respect to fear. 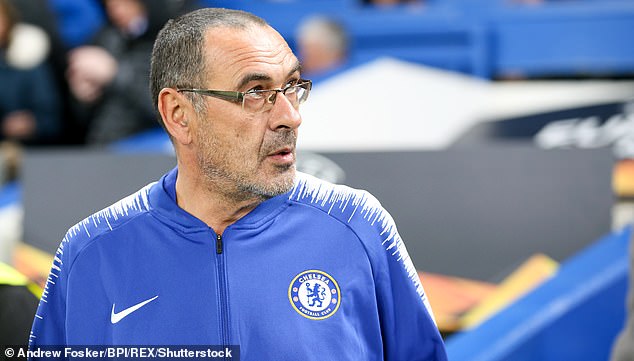 ‘But we’re very respectful of how strong Burnley are at home, having proved that last season.’

New Chelsea boss Sarri has insisted a title challenge is too much to ask of the Stamford Bridge men this term, as he asserts his authority in south-west London.

While the Blues have kept pace with the front-runners so far this term, Cahill insists it is too soon to gauge whether Sarri’s men can push the likes of Liverpool and Manchester City the full distance this term.

‘Talk to me again about all that in January or February: I’ve been here loads of times and before Christmas you just don’t see where it’s going to go,’ said Cahill.

‘Arsenal are on an unbelievable run of form at the minute. But when they were at our place and were a number of points off the top, people were kind of writing them off.

‘But then ever since they’ve been in unbelievable form. That’s what can happen.

‘We did it the season we won the league, we struggled and lost at Arsenal away. We lost to Liverpool at home, and then we went on a 13, 14-game winning streak.

‘So that’s why I say talk to me again in January, February.

‘I think after Christmas if you’re in a position where you’re competing coming into January, you’re up there and you feel like you’ve got a chance.

‘There’s loads of games between now and then and a lot can happen.

‘It’s just a matter of going one week to the next and building the momentum.

‘It’s nice to go back into training off the back of a win, so that’s why I say momentum’s key. And at the minute we’ve got that.’