Burton produced a stunning performance to move into the last eight of the Carabao Cup with a 3-2 victory over Championship promotion-chasers Nottingham Forest.

All the goals came in a thrilling second half, with Scott Fraser’s speculative shot dropping in off Saidy Janko to set Nigel Clough’s men on their way to a famous victory.

Fraser blasted home their second on 64 minutes before substitute Lewis Grabban pulled one back.

For Albion, the lowest-ranked side left in the competition, it represents their first trip to the last eight of the Carabao Cup after a run that has seen them dump Aston Villa and Premier League Burnley out of the competition in earlier rounds. 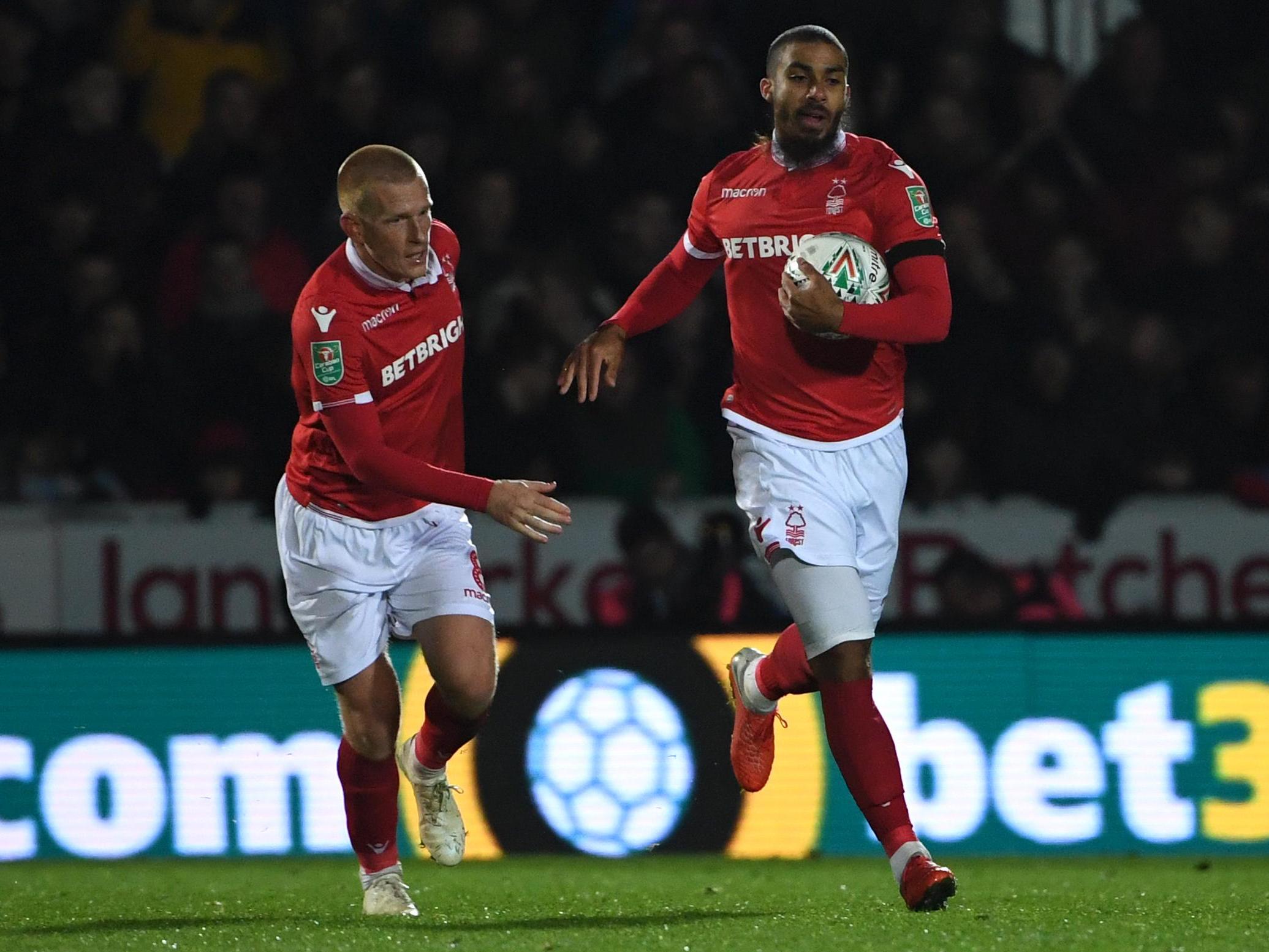 Forest, who made 10 changes from the Championship game at Leeds at the weekend, were not able to find any real fluency and Albion were deserving winners on the night.

Northern Ireland international Liam Boyce was guilty of squandering Albion’s best chances in the first half with Forest keeper Luke Steele the busier of the two goalkeepers in the opening 45 minutes.

Steele had already denied the striker from close range on 19 minutes after patient build-up down the Burton left but Boyce was handed the chance to give the Brewers the lead from the penalty spot on 31 minutes.

Liam Bridcutt sent Jamie Allen tumbling inside the box as the midfielder looked to latch onto a low cross from Southampton loanee Hesketh. This time Steele did not need to make a save as Boyce blazed his spot-kick over the bar.

Forest’s best chances in the opening half came mainly via swift breaks from midfield as their pressing forced Albion to surrender possession.

Shortly after Boyce had missed from the spot, Diogo Goncalves went close with a low show that forced former Reds trainee Dimitar Evtimov to drop low to his left to smother.

The second half was a more open affair, Portuguese midfielder Gil Dias racing into the Burton box just after the break only for Evtimov to deny him.

It was a turning point as three minutes later Albion in front, with the goal credited as a Janko own goal after Fraser’s effort deflected off his back and looped beyond Steele.

Burton had the quarter-finals in their sights when Fraser then burst into the box to smash home the second as Forest pushed forward looking for an equaliser.

Grabban’s ninth of the season after another surging run from Dias halved the deficit with 20 minutes to go, although Steele later needed to produce a good save to shovel Fraser’s low shot around the post.

Appiah’s finish at the second attempt had the Pirelli Stadium on edge but Albion saw it through to record another history-making result.