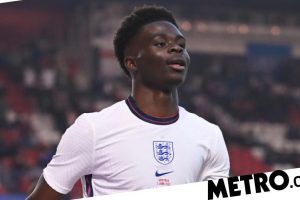 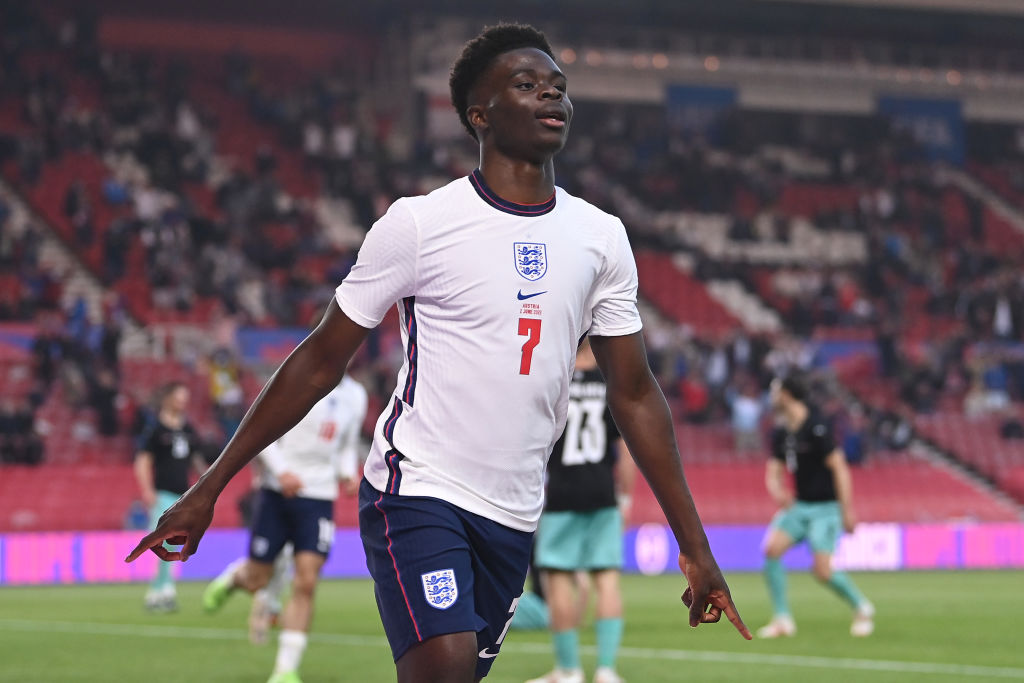 Bukayo Saka has hailed his first England goal as the biggest moment of his career so far as his effort proved the different in a 1-0 win over Austria on Wednesday night.

The 19-year-old made it into Gareth Southgate’s 26-man squad on Tuesday and started in Middlesbrough on Wednesday alongside Jesse Lingard and Harry Kane in the front three.

The Arsenal man turned in an impressive display and scored the only goal of the match, finishing into an empty net after excellent build-up play from Kane, Lingard and the excellent Jack Grealish.

Saka was winning his fifth England cap and netting his first goal has become the highlight of his career so far.

‘You dream of that as a kid, scoring for your country, coming through the age groups with England so to now do it here and score for the seniors, it’s an amazing feeling and I hope I can have this feeling many more times.