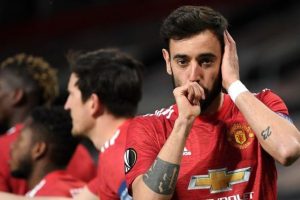 Premier League: Who's leading the race for the title?

Bruno Fernandes has revealed the half-time chat that sparked Manchester United’s stunning five-goal second half performance against Roma. The Red Devils put one foot into the Europa League final with a 6-2 win over the Italian giants last night.

Fernandes opened the scoring inside 10 minutes but a penalty by Lorenzo Pellegrini and a cool finish by former Manchester City striker Edin Dzeko had Roma leading at the interval.

But a rampant performance saw United score five goals in a sensational second half at Old Trafford.

Edinson Cavani scored twice to turn the game around. Fernandes then scored a penalty. 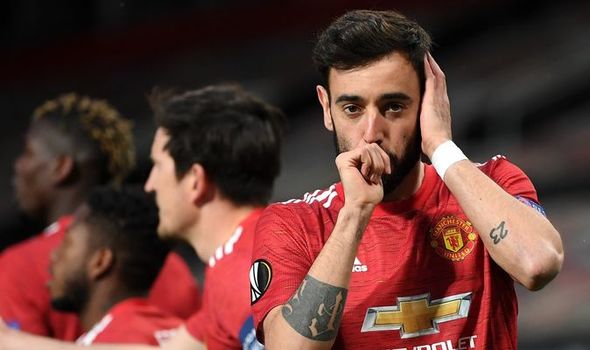 Further goals from Paul Pogba and Mason Greenwood mean that Roma will need to score four without reply in the return leg to have a chance of progressing to the final.

Fernandes has revealed what was said at half-time to cause such a dominant display.

“The manager and the players – [because] we also talk – we said about keeping calm and doing the right things, play easy football, quick football, one and two touches and keep the head fresh and calm,” the 26-year-old told the club’s official website.

“Don’t go mad, don’t try to win the game in the first five or 10 minutes of the second half because we know we had a long way to arrive at the final.

“Like I said, before at half-time we knew we had three halves to play so the second of the four halves we ended very well.

“And we have to do the same in the two halves we have left to play.” 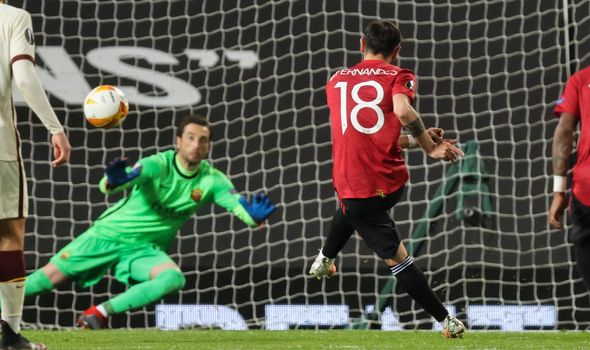 The Portugal international has been a revelation since signing from Sporting Lisbon in January 2020.

Fernandes has scored 26 times from midfield this season, to add to the 12 he bagged in the second half of last term.

He also has 16 assists this campaign.

Fernandes best scoring season was the 32 he struck for his former side in 2018/19, and he has backed himself to beat that tally with United having at least six matches remaining this season.

“I scored 32 at Sporting so I expect to pass that mark. My target every time is to do better and better and my target now, as everyone knows, is to win trophies,” he continued.

“For myself [my target] is to improve every season. I think if I score 32 goals in one season, I can do better. I know it’s a big number but why not?

“If you dream about and fight for it, you can do it. I will keep improving on that and trying to do better and better and keep trying to give more assists.

“My best season with assists was 20, I don’t know how many I have this season, but I have to reach that level again.”