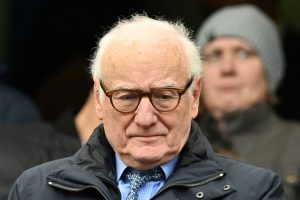 The past few months have been defined by change at Chelsea and the club will take another step into the new era at the end of the month when Bruce Buck steps down as chairman.

Buck has been chairman of Chelsea since 2003 and has therefore steered the club throughout the entire Roman Abramovich era. The 76-year-old American lawyer’s time at the helm of Chelsea has been defined by plenty of success on the pitch in the form of 18 major trophies, as well as skyrocketing in a commercial sense.

The Todd Boehly takeover, which was completed on May 30, initially saw Buck retain his position, but the club has now announced that he will step down and become a senior advisor on June 30. “I am proud to have helped Chelsea realise great success on the pitch and make a positive impact in the community,” Buck said in a statement.

“Now is the right time to step down and let new ownership build on the strong foundations we have in place. The owners have a compelling vision for Chelsea’s future, and I look forward to helping them achieve it in this new role alongside our incredible staff, players, coaches and supporters.”

Buck’s time at Chelsea has not always been such plain sailing asthe club statementwould have you believe, however. The replies from Blues fans to the news on social media gives you an idea of Buck’s actual standing among supporters and a run through his blunders and controversies over the years tells you why.

Chelsea are a unique club. They do not own the freehold for Stamford Bridge, nor the rights to their own name. Chelsea Pitch Owners – a group of fans – do. The idea is that supporters therefore have a say in how the club is run and ensure they stay on the same site.

Buck tried to change that back in 2011, when the club attempted a buyout of CPO as they explored the option of moving away from Stamford Bridge. It was an unmitigated PR disaster for Buck, who failed and in the process turned plenty of fans against him.

In comparison this one is on the very minor end of the scale. Back in September 2018, Chelsea were on the road in the Europa League, facing PAOK in Greece. The Blues fans that made the journey to Thessaloniki were rewarded in a strange way.

Before kick-off at the Toumba Stadium, a suited Buck appeared in the away end brandishing massive bags of crisps and some bottles of water for fans. The goodwill gesture – 10 packets of Tsakiris Salt and Oregano Chips for fans at a cost of €22 – went down well with supporters, while Maurizio Sarri’s side won the game 1-0. It was, though, a slightly clumsy PR move from the American, who did little to amend his standing with fans overall.

“I am not, as a general proposition, in favour of dumbing down the large clubs in order to make all clubs the great unwashed.” That quote from Buck came just a month after the crisps and showed his true colours. It came in response to UEFA, who were looking at ways to redress the competitive balance in European football.

“In terms of competitive balance, which is always viewed in a negative way, I personally believe for the development of football, marquee clubs and marquee players are important,” Buck added. His comments showed a staggering lack of perspective and came as a precursor to the most controversial decision of his reign as chairman.

The European Super League breakaway was a complete and utter mess. The idea went against just about everything football stands for and caused a gigantic uproar from just about everyone involved in the game. Needless to say that Buck was on the wrong side of history, having been behind the breakaway attempt.

Like many other clubs, Chelsea’s fanbase rallied in numbers and pushed back as hard as possible against the move. The Chelsea Supporters’ Trust called it “the ultimate betrayal”, adding it was “a decision of greed to line the pockets of those at the top and it has been made with no consideration for the loyal supporters, our history, our future or the future of football in this country.”

Like most of the other people behind it, Buck had to backtrack and grovel. He was also forced to resign as chairman of the Premier League Nominations Committee and as a member of the audit and remuneration committee in moves that further harmed his standing in the game.

HAVE YOUR SAY! What will Bruce Buck's legacy be at Chelsea? Comment below.

A year on from the Super League fiasco came the beginning of the end for Abramovich – and, as it turned out, Buck too. The UK Government’s decision to sanction Abramovich saw Chelsea frozen financially and the club thrown into turmoil. While fans were concerned by what it meant for transfer plans and contract extensions, those who worked at the club had more basic concerns, namely job security.

According toGoal , Buck sent an all-staff email shortly after the sanctions were announced in which the Blues chairman simply urged everybody to remain united during these unprecedented times and ‘not to leak any internal information’, but somehow overlooked the part about job security.

Buck showed a further lack of awareness when it came to an FA Cup match against Middlesbrough in March. He proposed that the tie be played behind closed doors to ensure sporting integrity because around 4,000 Chelsea supporters could not buy tickets for the match due to the financial sanctions imposed on the club.

A Chelsea statement said it was with “extreme reluctance that we are asking the FA board to direct that the game be played behind closed doors for matters of sporting integrity.” Buck was clearly trying to stick up for his club and its supporters, but he failed, did not hit the right note and was widely ridiculed.

During the takeover process, Buck was plagued by allegations that he was displaying favouritism towards the bid from the Ricketts family. The American family who own the Chicago Cubs baseball team made a bid to take over Chelsea before withdrawing amid a wave of criticism from the outside.

The Ricketts bid proved extremely unpopular among many Chelsea fans due to discriminatory emails sent by Joe Ricketts in 2009. And Buck came out of the process with even less credit in the bank due to his supposed backing of their bid. Reports in theTelegraphat the time showed other bidders believed Buck was using his position to push forward their consortium. Their subsequent failure and association with discrimination did more reputational damage to Buck.