‘He’s a big character and on the field he’s a leader’: Brazil boss Tite pleased to have Neymar back as captain as he urges PSG star to show he is ‘human’

Neymar is slowly maturing into the role of Brazil’s captain, according to manager Tite, who has been encouraging the Paris Saint-Germain superstar to engage more with the public.

The captain’s armband was passed around the dressing room during this year’s World Cup with various senior players chosen to lead out the team in different games as they reached the quarter-finals before losing to Belgium.

After the tournament in Russia, Tite decided it was time for Neymar to return to the role on a permanent basis in the build-up to the Copa America in Brazil next year. 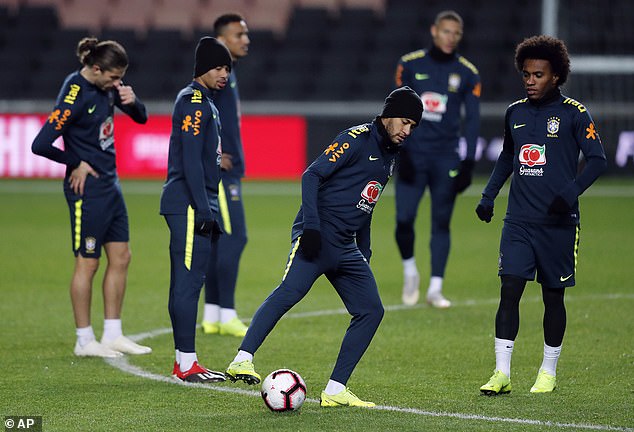 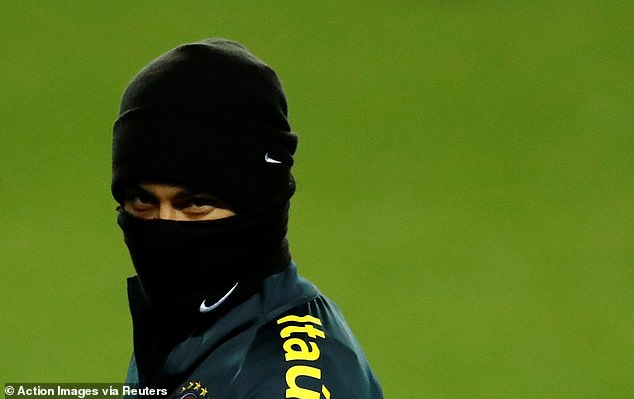 He stressed it was a responsibility and not a gift for the team’s biggest star and one of the things the coach demanded was more openness from the 26-year-old PSG striker.

‘I am happy with how things have turned out,’ said Tite when asked about the captaincy ahead of a friendly on Tuesday against Cameroon in Milton Keynes. ‘In the dressing room he is a big character and on the field he is a leader.’

It is his second spell as Brazil’s captain. He was named as skipper after the World Cup in 2014 by Dunga, and he led the team through the Copa America in 2015 and to gold in the Olympic Games in Rio. He stood down after the Olympics following criticism of his conduct on and off the field from former players. 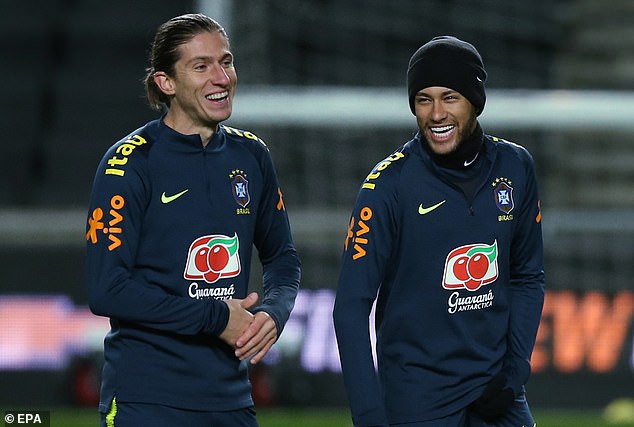 Neymar, who is now back as Brazil’s full-time captain, laughs with team-mate Filipe Luis 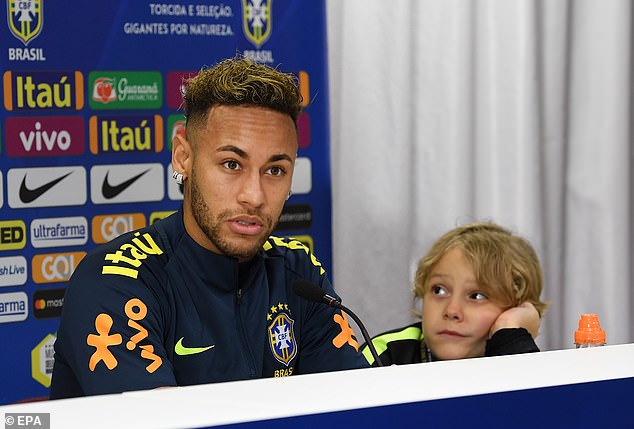 Hidden beneath hat, snood and gloves, Neymar was not the model of transparency as he trained in the stadium:mk on Monday. Although, last week, he brought his seven-year-old son Davi along to a press conference, ahead the friendly against Uruguay, in London.

‘He did the press conference with his son to show he is human,’ said Tite. ‘I have told him this is important when you are captain. I think it has been a success so far.’

Cameroon manager Clarence Seedorf has adopted the policy of passing the captain’s armband around the squad and his team will be led out against Brazil by Brighton defender Gaeten Bong. 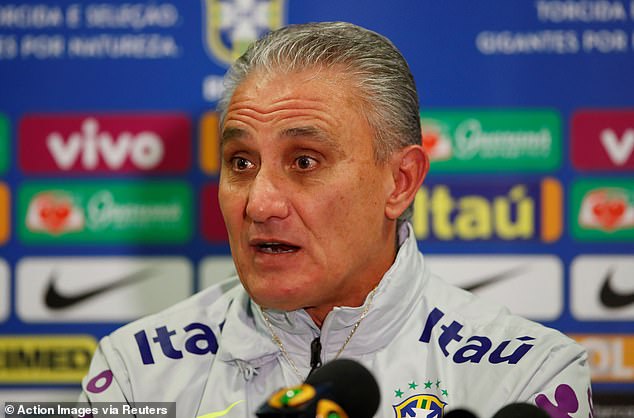 ‘I understand the importance given to the captaincy band by everyone in Cameroon,’ said Seedorf. ‘But it was a bit too much exaggerated and it was a heavy load for any player to captain.

‘We think there are a lot of leaders in the group and we want them all to represent our spirit. We need them all to be competitive. Not one or two players.’