‘It was a tough night for us’: Bournemouth manager Eddie Howe admits his team were below par in Carabao Cup win over Norwich

Eddie Howe will not dwell on Bournemouth’s ‘disjointed’ display after they scraped into the Carabao Cup quarter-finals with an unconvincing 2-1 victory over Norwich. 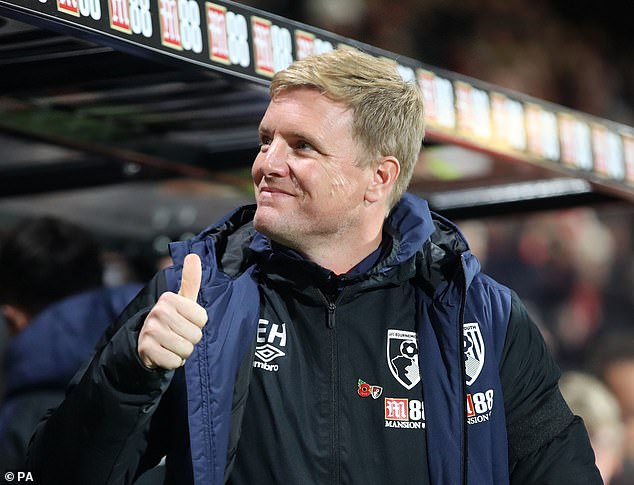 The impressive Championship visitors, who hit a post through Dennis Srbeny in the first half, could have taken the tie to penalties but substitute Jordan Rhodes wasted a golden chance during seven minutes of added time.

Bournemouth boss Howe admitted his team were fortunate: ‘It was a tough night for us, Norwich played very well, full credit to them.

‘We were below par, that made it a really difficult game for us. I thought we rode our luck but we got through and we’ll certainly take it.

‘I need to speak to the players who played and get their thoughts. We just looked disjointed. We lacked a sharpness and a fluency in our game that’s usually there.

‘Overall it was a disappointing performance but I suppose there must be good elements for us to have withstood the pressure and found a way to win. 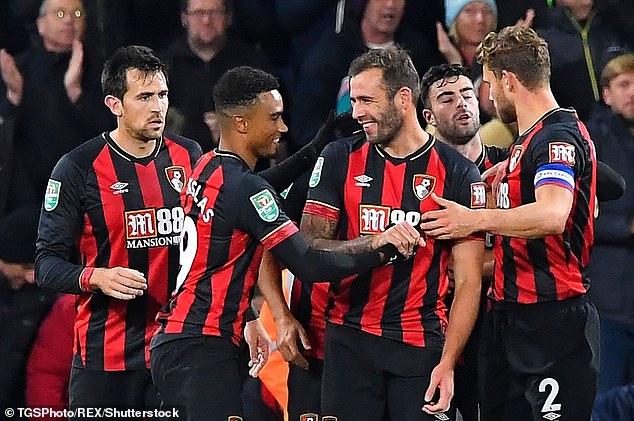 ‘It won’t be a game that I want to dwell on too much. It’s great to be in the next round but we know the performance is one we won’t want to remember for too long.’

In-form Norwich have climbed to fourth in the second tier on the back of eight wins from their last 10 matches in all competitions. They dominated possession on the south coast and had 19 attempts on goal to the home side’s eight.

Canaries manager Daniel Farke, who celebrated his 42nd birthday on Tuesday, felt a penalty shootout was the minimum his team deserved.

‘We are disappointed, that’s for sure. Sometimes football can be pretty unfair, we were really the better side today,’ said the German. 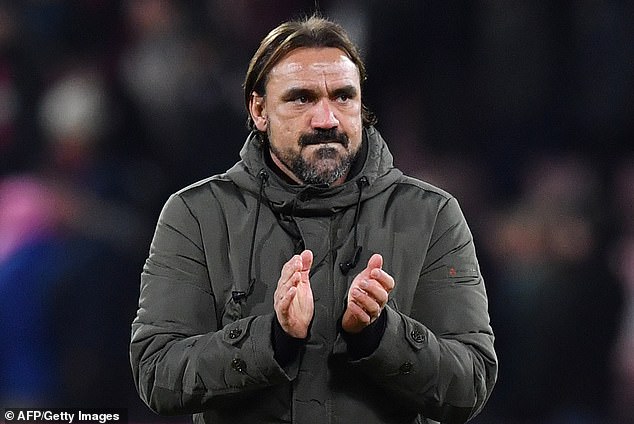 ‘We have to accept the loss because we missed an unbelievable amount of chances and I got the feeling we dominated many, many parts of this game.

‘We are happy with the performance. We wanted to come here and bring our identity, our philosophy and our style on the pitch and this is to dominate the ball, attack the opponent and be the protagonist on the pitch.

‘Normally after this performance and this amount of chances, I would be disappointed with a penalty shootout because we should have won this game after 90 minutes.

‘To lose this game after 90 minutes feels a bit strange but sometimes you have to accept this.’