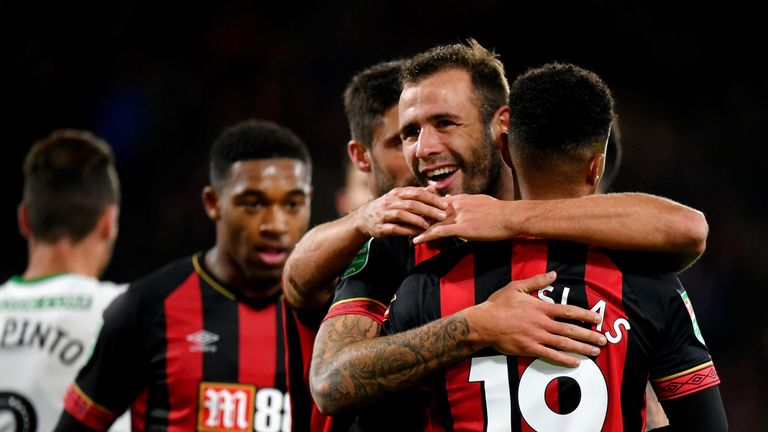 Bournemouth secured their place in the quarter-finals of the Carabao Cup for a second successive year as they beat Norwich 2-1 on Tuesday.

It was a close encounter at the Vitality Stadium, with the in-form Sky Bet Championship side pushing Bournemouth all the way, as a fine strike from Junior Stanislas (37) broke the deadlock in the first half.

Norwich got a well-deserved equaliser in the 70th minute as Onel Hernandez (70) slotted home but two minutes and 40 seconds later, Steve Cook (73) scored the winner to see Bournemouth through.

Eddie Howe’s side will now go into Wednesday’s quarter-final draw – live on Sky Sports – for a second year in a row, although they lost to Chelsea at that stage last year.