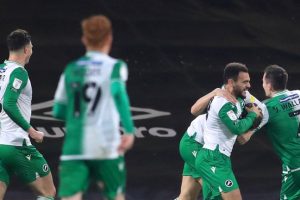 Report and highlights from the Sky Bet Championship clash between Bournemouth and Millwall at The Den as Dominic Solanke puts the Cherries ahead in the first half but the Lions battle back for a point thanks to Matt Smith.

Matt Smith climbed off the bench to earn Millwall a 1-1 draw at Bournemouth and deny the Cherries the chance to go second in the Championship table.

Smith hooked the ball home 11 minutes from time after latching on to Jake Cooper’s nod-down seconds after coming off the bench.

That strike cancelled out Dominic Solanke’s 10th goal of the season in first-half stoppage time.

Bournemouth started brightly and could have taken the lead after only three minutes.

David Brooks left the Millwall defence spellbound with a sublime solo run and was only denied a brilliant individual goal by a smart save from Bartosz Bialkowski. 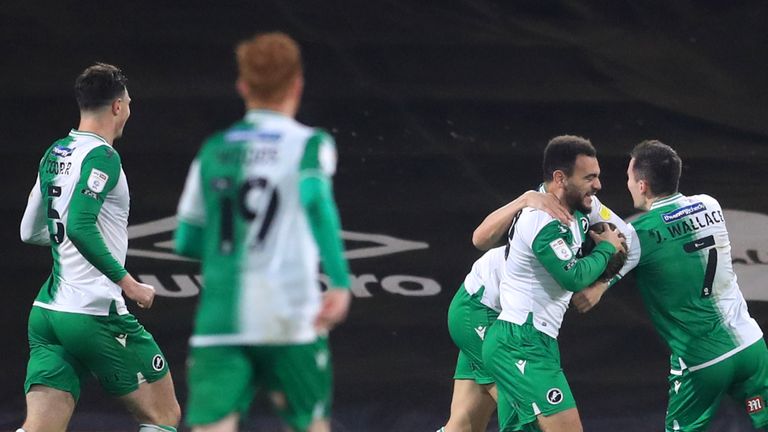 Shaun Hutchinson almost scored an own goal in the ninth minute when his header back to the goalkeeper sailed past the advancing Bialkowski before trickling narrowly wide.

Alex Pearce chucked himself bravely in front of a 12th-minute Junior Stanislas shot as Millwall had to ride out an early siege on their goal.

The visitors should have taken the lead 12 minutes later when Ryan Woods sent Jed Wallace clean through with a defence-splitting pass.

Wallace looked certain to score, only for Asmir Begovic to come racing off his line and spread himself to make a superb save.

Former Portsmouth star Wallace then saw his 25-yard free-kick saved by the sprawling Begovic after Ryan Leonard had been brought down.

From the resulting corner, Jefferson Lerma had to clear the ball away from under his own crossbar but Bournemouth broke the deadlock with virtually the last kick of the first half.

Stanislas played in Solanke down the left and Bournemouth’s top-scorer fired past Bialkowski and into the bottom corner from a tight angle.

Bournemouth were forced into a change with 19 minutes remaining after Stanislas hobbled off to be replaced by Philip Billing following a heavy challenge from Leonard.

Kenneth Zohore came close to levelling the scores when his powerful low free-kick rebounded off a post with 15 minutes to play.

Millwall did get the equaliser they deserved when Smith struck with his first touch after being brought on.

There was still time for Brooks to fire wide for the Cherries while substitute Joshua King shot into the side-netting late on when he should have at least hit the target.

Millwall have now won only two of their last 14 matches but will take confidence from their performance and the result.