Borussia Dortmund face Atletico Madrid away on Tuesday night knowing that a victory will be sufficient to see them qualify for the knockout stages of the Champions League as group winners.

Lucien Favre’s side have been in impressive form recently, winning nine of their last ten games in all competitions.

Dortmund’s stars, including winger Marco Reus, were put through their paces in training at the Wanda Metropolitano on Monday. 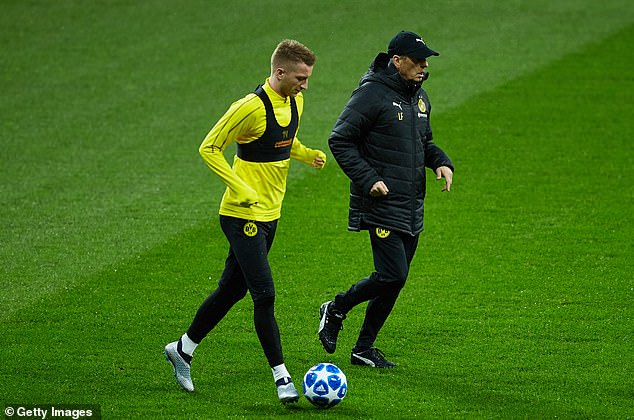 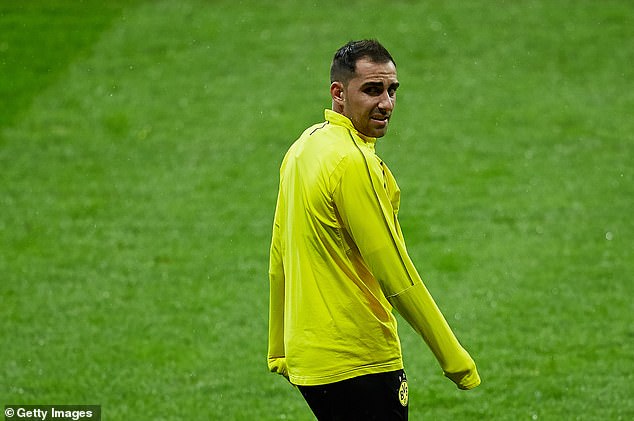 Striker Paco Alcacer, on loan from Barcelona, has scored eight goals in six games this season 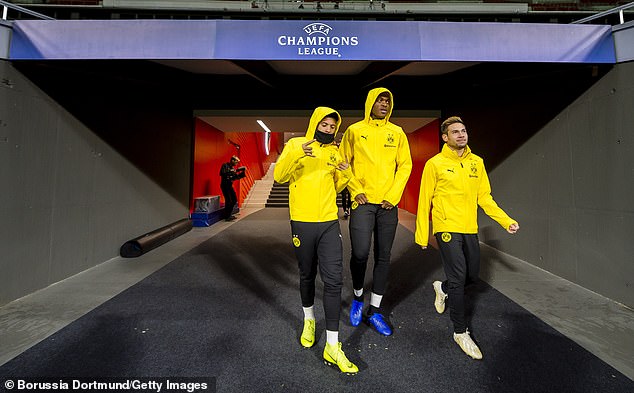 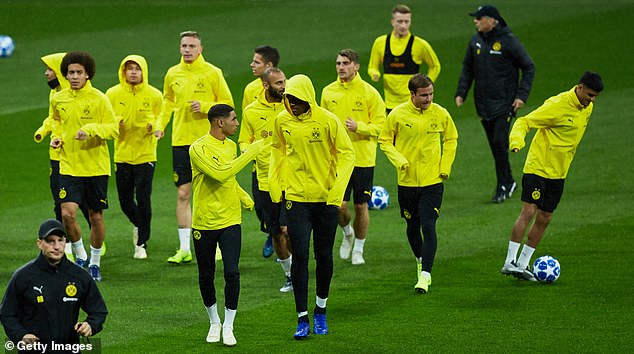 Dortmund have won all three of their Champions League group games so far, prevailing past Club Brugge, Monaco and Atletico Madrid.

Favre’s side were hugely impressive as they beat Atletico 4-0 last month but will be wary of a backlash from Diego Simeone’s side.

Dortmund warmed up for the game against Atletico by beating Wolfsburg 1-0 away in the Bundesliga at the weekend. 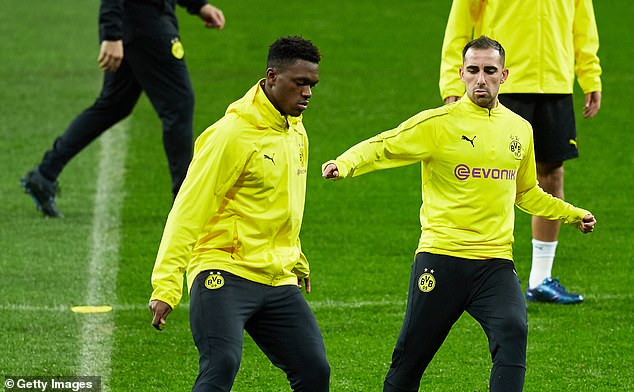 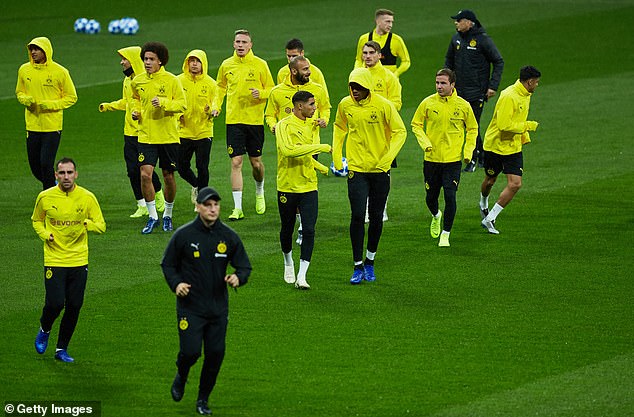 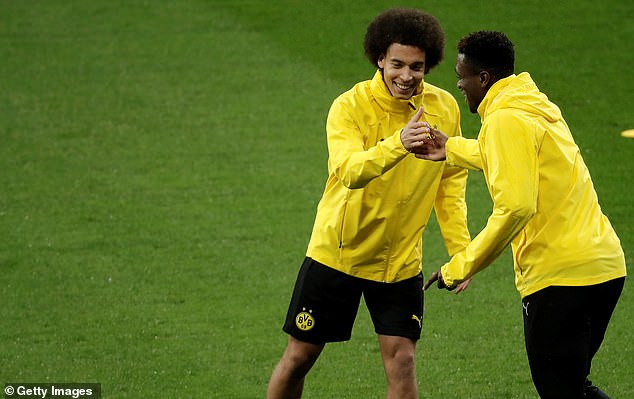 18-year-old Sancho, who made his senior England debut last month, has enjoyed an excellent start to the season for Dortmund, scoring five goals and providing eight assists in 15 games.

Last season Dortmund were knocked out of the Champions League in the group stages as they finished third.