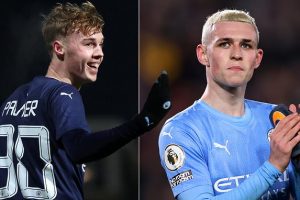 Manchester City assistant coach Rodolfo Borrell believes that Cole Palmer has the qualities to emulate Phil Foden and become a star for the club.

Palmer produced an impressive display as City beat Swindon 4-1 away in the third round of the FA Cup on Friday night, with the youngster scoring and providing an assist.

The academy product has been involved with the City squad this season, featuring four times in the Premier League, and he is now staking a claim for more minutes. 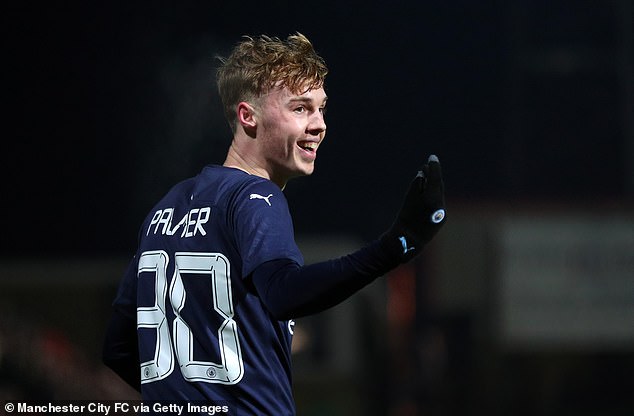 Borrell, who took charge of the game against Swindon in the absence of Pep Guardiola, who has Covid-19, stressed that Palmer still has a lot of developing to do, but described him as ‘a great player’ who could match Foden in a couple of years if all goes well.

Borrell told ITV Sport: ‘I think we started really well. I think we deserved to score one or two more in the first half. Towards the end of the first half we were not as good as usual and we allowed some counter-attacks. Overall we are happy with the performance.

Commenting specifically on Palmer, he said: ‘We have him training with us. Great quality. He’s a great player, he still needs developing quite a lot. Hopefully very soon he can play more minutes with us like Phil Foden in a couple of years.’ 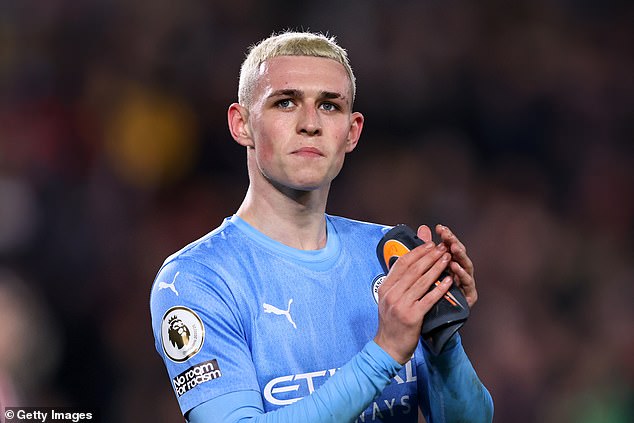 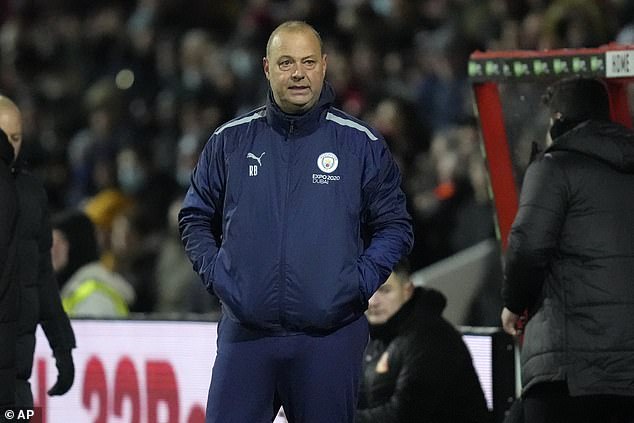 Borrell praised Palmer, who scored and provided an assist as City won against Swindon Town

Despite the comparisons between Palmer and Foden, Borrell pointed out that they are ‘completely different players’.

Borrell said: ‘They are completely different players. Phil has had more opportunities. They are two great players. Foden is already established in our first team. Cole has the ingredients to become (that).’

Palmer’s versatility could help him in his quest for playing time, with the 19-year-old capable of playing on either flank or in midfield, while he has also been used up front previously.

Breaking into a team that includes many star players will certainly be a very difficult task, but Palmer will take confidence from the fact that Foden managed to achieve that objective after graduating from the academy.

Palmer, who has been at City for over a decade, has yet to experience a loan spell but pundit Eni Aluko suggested that he may not have to head out on temporary transfer as he could learn more in training. Aluko cited the example of Foden, who didn’t go on loan but was instead eased into the first-team picture slowly by Guardiola.

Aluko said: ‘Phil Foden is evidence of this. Playing with the calibre of players at Manchester City is almost better than going out on loan to a club that isn’t as good. I think the same applies to Cole Palmer. He could have gone on loan to Crystal Palace. He doesn’t look out of place in this Man City team.’

21-year-old Foden, who missed the game against Swindon, has played 144 times for City at senior level and has been capped by England on 13 occasions.