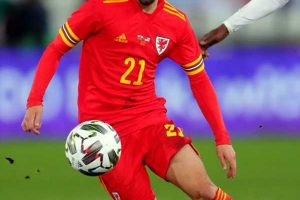 The 26-year-old Wales international joins Wanderers after four years with the Exiles, for whom he made 179 appearances and scored 15 goals.

Sheehan, who was named in the League Two Team of the Year, told Bolton’s website: “I’m delighted to sign for such a big club with the ambitions they have.

“That’s one of the reasons why I joined. I want to be part of the journey they are on and get Bolton Wanderers back to where they belong.

“When speaking with the manager he expressed his desire to sign me and told me his ambitions, and that really attracted me to be part of it.

“Also his style of football and the way he wants to play suits me so I feel it’s a good match.”