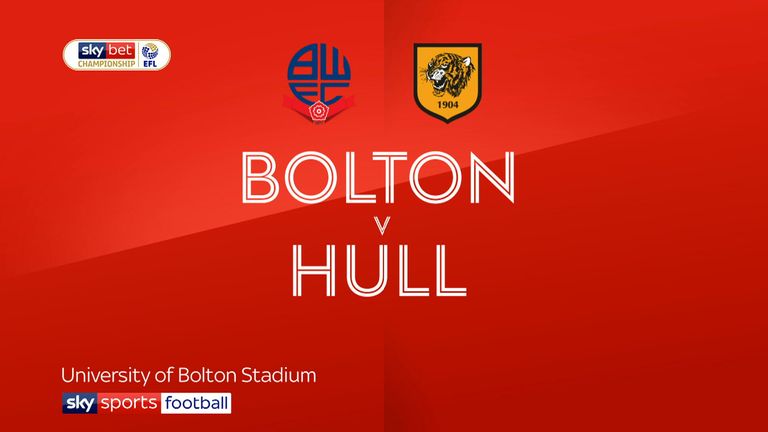 Bolton were jeered off the pitch by many of their supporters as Hull ended a desperate run of away form with a hard-earned 1-0 victory.

Fraizer Campbell’s seventh-minute goal settled a significant Sky Bet Championship encounter in which the hosts fought manfully but rarely threatened to find a way through.

And though Hull remain in the relegation zone, manager Nigel Adkins will have been most impressed by the diligence shown by his side, who had lost their last five away matches.

With one win from their last 10 league games, Bolton chairman Ken Anderson said in a statement on Thursday that he would take “whatever actions I think are necessary to ensure that our results improve”.

If manager Phil Parkinson was feeling the pinch following Anderson’s rather ominous comments, the pressure was surely amplified by his side’s early concession.

Hull midfielder Jackson Irvine orchestrated the goal with a sweeping cross towards Markus Henriksen on the right flank.

Henriksen shovelled the ball towards Kamil Grosicki inside the Bolton penalty area, but the Poland international selflessly dummied for an unmarked Campbell, whose seven-yard shot was too powerful for goalkeeper Ben Alnwick.

Indeed, Oztumer created the best opening of the first half for Bolton when he threaded a cute, lifted pass towards Clayton Donaldson after 26 minutes.

Goalkeeper David Marshall swiftly closed down the Bolton forward, though Donaldson should still have done much better than spoon the ball over the crossbar.

Yet Hull remained an engaging force on the counter, and ought to have tested Alnwick when Irvine slalomed into a dangerous area after having gained possession of the ball on the edge of his penalty box.

Irvine found Grosicki in space on the left, but he could not direct on target a curling hit with the inside of his right foot after 33 minutes.

Parkinson would have been satisfied with his team’s endeavour after the restart, but, two scruffy efforts from Oztumer and Josh Vela aside, Bolton lacked penetration.

And with the game becoming increasingly stretched, Hull should have doubled their advantage after 56 minutes.

Jarrod Bowen’s slick cut-back from inside the Bolton penalty box – the end product of another quick break from the visitors – found Grosicki, who unimpressively shot straight at Alnwick from 10 yards.

Oztumer later wasted a good chance when his delicate, side-footed attempt from 12 yards was not precise enough and dribbled just wide of Hull’s left post.

Bolton dominated possession in the final quarter of the game, but Hull defended purposefully and Marshall never once needed to do anything out of the ordinary – much to the dismay of the home fans.