Gerhard Struber’s first game in charge of Barnsley ended in defeat as Bradley Dack’s brace helped Blackburn to a 3-2 win at Ewood Park.

There were encouraging signs for the Austrian’s first game but defensive frailties were a constant theme, which gave Dack the easiest of chances to opening the scoring in the 24th minute.

The Tykes hit back three minutes after the break through substitute Conor Chaplin, before fellow sub Stewart Downing restored Rovers’ lead in the 69th minute with his first league goal for Rovers.

Cauley Woodrow’s seventh of the season looked to have secured a much-needed point in the 82nd minute, but Barnsley’s defence once again fell apart and Dack scrambled home a winner four minutes from time. 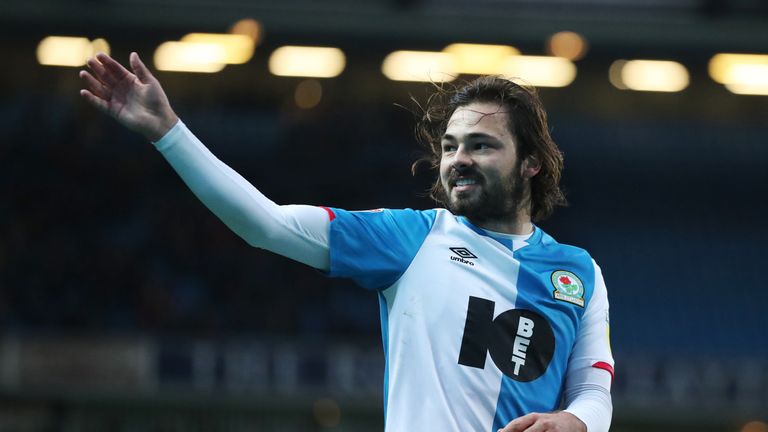 Barnsley remain at the foot of the table after stretching their winless run to 16, while Rovers put some well-needed space between themselves and the bottom three.

Rovers were forced into changes in defence after injury and illness ruled out Derrick Williams and Ryan Nyambe respectively, but Darragh Lenihan was fit to return.

Chances were at a premium in a poor first half, but Barnsley’s Woodrow spurned a good opportunity after latching onto a neat flick by Jacob Brown and bursting into the area. He could only fire straight at Christian Walton, who parried to safety.

But a defensive lapse cost them dearly in the 24th minute when a poor pass by Mads Andersen was intercepted by Lewis Travis. The ball fell to Adam Armstrong and he unselfishly squared to Dack, who slotted into an empty net.

That was it for the first period, but the Tykes levelled in the 48th minute when Brown laid the ball to half-time substitute Chaplin who took one touch to control before rifling an unstoppable shot into the right corner.

Rovers were almost handed the initiative straight back when Barnsley goalkeeper Samuel Radlinger’s clearance fell straight to Joe Rothwell, but the Austrian stopper made amends, doing well to repel the long-range effort while back-peddling.

Alex Mowatt’s sumptuous 25-yard curling strike went agonisingly wide, but they were behind against the run of play 19 minutes from time through Downing, who controlled on the edge of the area before drilling a right-foot shot beyond the despairing Radlinger.

The visitors were not deterred though, as Chaplin stung the hands of Walton soon after.