‘We need to keep it this way’: Bernardo Silva insists Manchester City are hungry for more success after 5-0 thrashing of Burnley

Bernardo Silva has warned that Manchester City are in no mood to let up in their pursuit of further glory.

The champions powered on at the top of the Premier League with a 5-0 thrashing of Burnley at the Etihad Stadium on Saturday.

City are undefeated in domestic competition and intend to maintain momentum as they return to Champions League action at Shakhtar Donetsk on Tuesday. 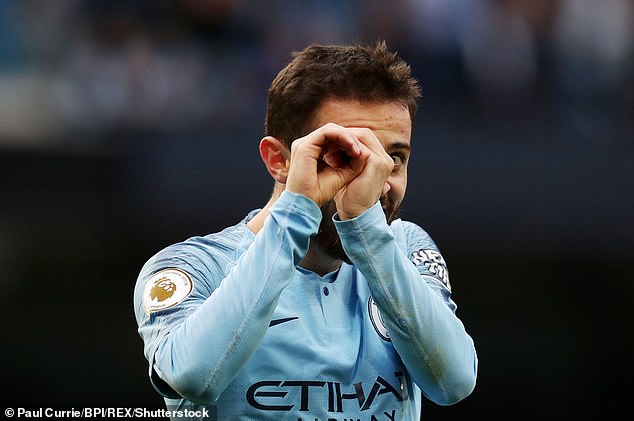 Silva was also impressed with how City eased back into top gear after the disruption of the recent international fixtures.

The Portugal midfielder said: ‘Usually after an international break, most teams lose a little bit of the way they play but we were really focused and hungry for more titles and more wins.

‘The team has had a fantastic start and are top of the league and in the Champions League we want to beat Shakhtar and go top of the group.

‘And we are through in the Carabao Cup, so it’s been a great start. We need to keep it this way.’ 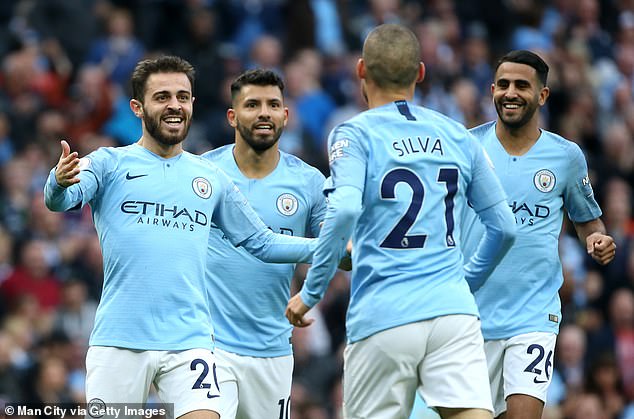 City dominated against the Clarets but led only 1-0 at the break thanks to Sergio Aguero’s 149th Premier League strike and it took Silva’s controversial second goal to break the visitors.

City played on after Burnley mistakenly thought referee Jonathan Moss was about to award a penalty for a foul on Leroy Sane by Jack Cork. David Silva remained alert and pulled the ball back for Bernardo Silva to strike, although Burnley complained further as they felt the ball went out of play.

Silva said: ‘It was a bit strange. At that moment I thought it was a penalty and most of the players stopped.

‘But David was smarter, ran for the ball and crossed it. To be honest when I scored I didn’t know if it would be allowed or not but it was a goal and we move on.’

Fernandinho added a third moments later and City, who then introduced fit-again Kevin De Bruyne off the bench, coasted to victory with further efforts from Riyad Mahrez and Sane.

Silva said: ‘Usually against Burnley it’s a complicated game but we were very strong again. The first half was difficult but scoring two early goals in the second half was important.

‘But it’s just three points, no more than that, and on to the next one.’

It proved a tough afternoon for former City goalkeeper Joe Hart, who was making his first appearance back at the Etihad Stadium since leaving the club last summer.

Hart, who was honoured by City with the naming of a training pitch after him this week, made a number of good saves and did not deserve to concede five. 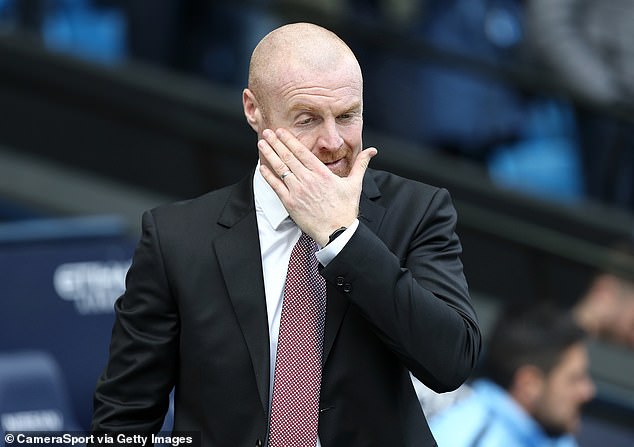 Clarets boss Sean Dyche, who felt City should have had Vincent Kompany and Leroy Sane sent off for bad challenges, felt the scoreline was harsh.

He said: ‘Those key moments change the whole game and change the clarity of our performance. That’s learning curve for us but, if you take all that away, was it a 5-0 game? Not really.’

Burnley did at least manage to get 75 minutes out of midfielder Steven Defour, who was making his first league appearance since suffering a knee injury in January.

Dyche said: ‘That will do him the world of good and we just took him off as a precaution.’