Benkovic dedicates win over Hearts to victims of the helicopter crash

On-loan Celtic defender Filip Benkovic paid tribute to the victims of the Leicester helicopter tragedy – and dedicated Sunday’s victory at BT Murrayfield to the bereaved families.

Benkovic, a £13million summer signing for the Foxes, turned in a focused and professional performance as he helped his loan club beat Hearts 3-0 in the BetFred Cup semi-final.

The centre-half was clearly still emotional as he spoke about Saturday night’s tragic accident involving Leicester City owner Vichai Srivaddhanaprabha, who was on board his private helicopter when it came down in a car park near the King Power Stadium. 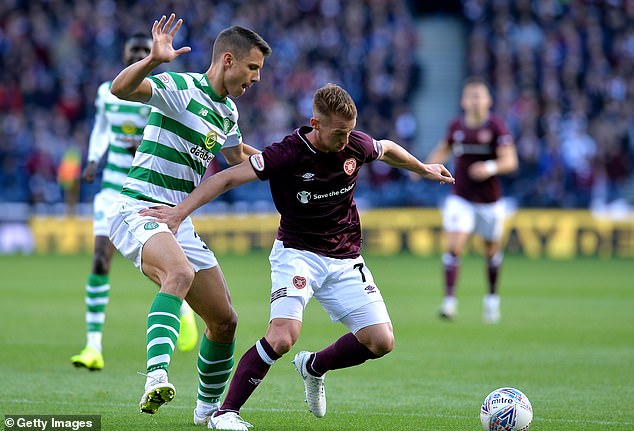 ‘This news was very bad for everyone,’ said Benkovic. ‘Nobody expected an accident like that.

‘So this win, I give it to the families of those affected.

‘I met the owner, of course. I wasn’t so long there, just one month. But I met him – and he was an unbelievable person.

‘I really don’t know what else to say about him. It’s such a difficult time.

‘It really is a family club, Leicester. I could see that in a month. You could see it within the first few days. 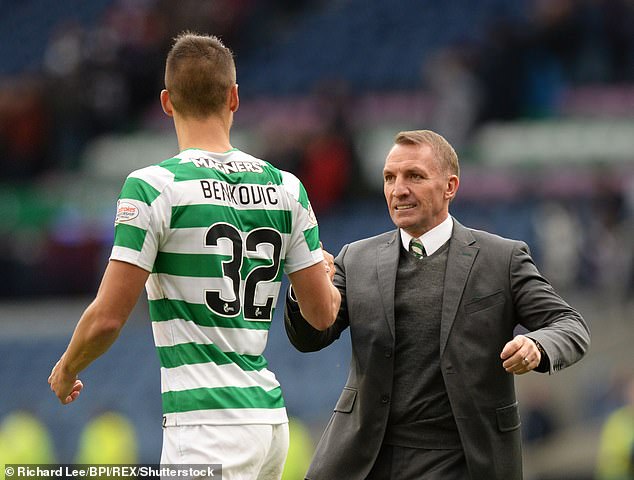 ‘Everybody is very close there. That’s all I can say. I haven’t spoken to anyone there yet.’ Benkovic was pleased to play his part in shutting out Hearts to reach the final – maintaining Celtic’s hopes of a Treble Treble.

‘Thank you for saying I showed character to play today,’ he said. ‘But, you know, this was a big game for us.

‘We had to focus on it from two or three days before, just think about this game – and give everything.

‘It’s so important for us to make it to the final. We so much want to win this trophy. After this game, I am so proud of this team.

‘They all want to win every trophy. And this is a good feeling.

‘I also came from a club (Dinamo Zagreb) who wanted to win every trophy. I like that attitude.

‘I’m really proud to be here and we want to fight to the end, to win every trophy.

‘This was one of the reasons I came here, to play in these games.

‘This is why you play football, when you walk out and see that amazing support.

‘That gives you memories that will last forever. The celebrations at full-time with the fans was a priceless memory.

‘It was a great game for us, especially in this atmosphere, with so many of our fans through here.

‘With their support, it was much easier to play.’