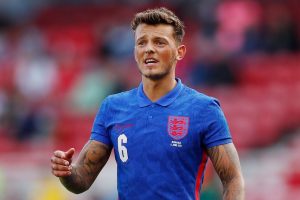 Brighton & Hove Albion have placed a lofty £50million price tag on Ben White following his call-up to the England squad for Euro 2020.

White adds extra cover in the England defence with Harry Maguire’s fitness still in doubt, though he faces competition from Tyrone Mings and Conor Coady for a starting spot alongside John Stones.

Brighton, however, have used this as an opportunity to demand a jaw-dropping fee for the player who only broke through last season.

Since rejecting a £25million bid from Leeds United last season, White featured 36 times in the league which has helped sky-rocket his value.

Brighton are unwilling to let White go this summer with the England international still having three years left on his contract and the club being in a safe position financially.

Yet an offer of £50million is huge for a club of Brighton’s stature and unlikely to be turned down.

Brighton chief executive Paul Barber recently said: “We know some of our best players aren’t going to be with us for ever and, if the right offer comes along and they want to leave, then they can go

Do you think Ben White is really worth £50million? Let us know in the comments section.

Among the clubs interested are Manchester United who are in pursuit of a replacement for Victor Lindelof after his performances were below the required level last season.

Arsenal are also rumoured to be interested as they look to add depth to their defence following David Luiz’s recent departure from the club.