Bayern Munich have revealed a new home kit inspired by their iconic Allianz Arena and it is all red after fans voted to banish navy blue from their colours.

The Adidas strip features a prominent diamond pattern reflecting the exterior of their stadium, which glows red whenever Bayern play a home fixture there.

The stadium is prominent in adverts to promote the new kit, which Bayern will wear in their final Bundesliga match of the season against Eintracht Frankfurt on Saturday. 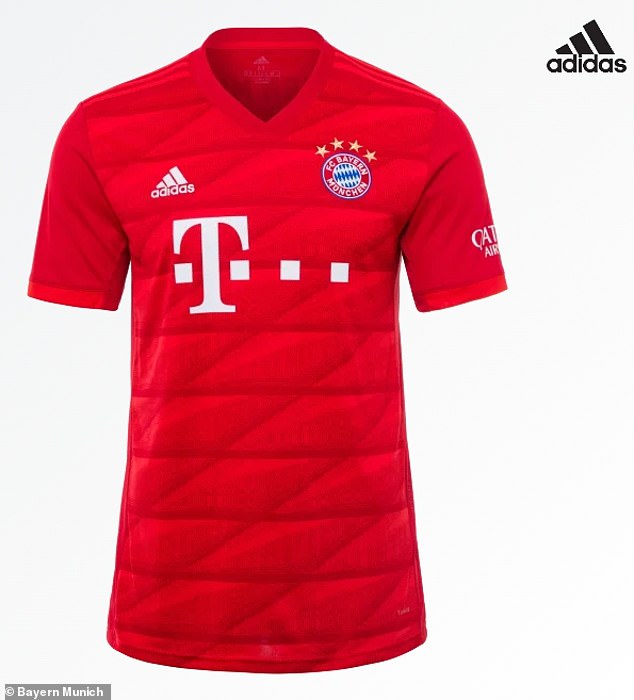 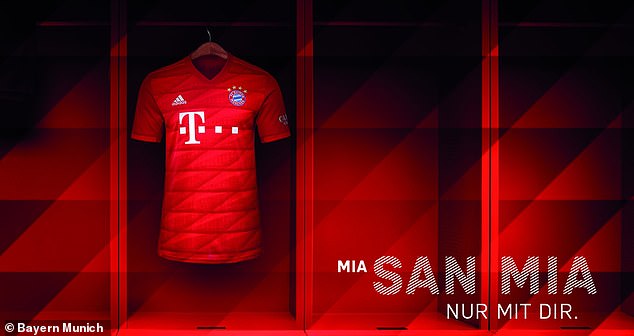 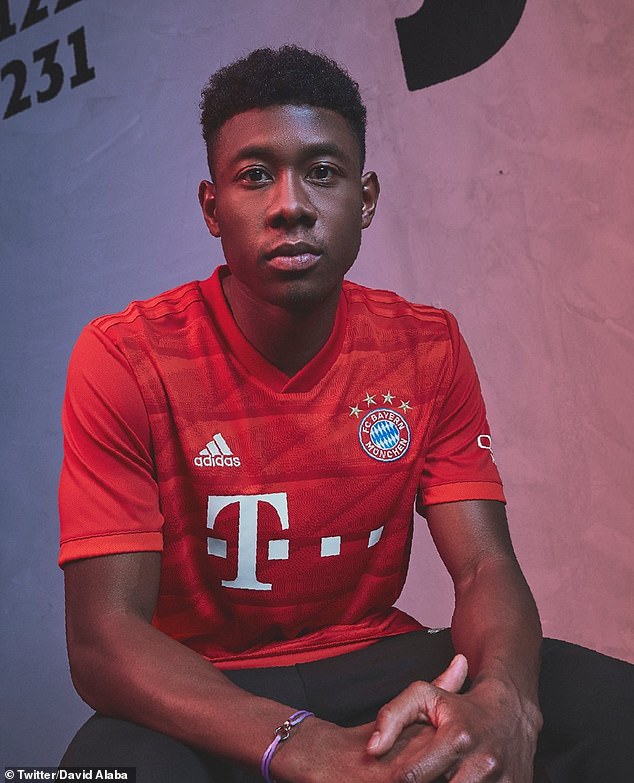 David Alaba models the new Bayern kit, which will be worn for the first time this Saturday 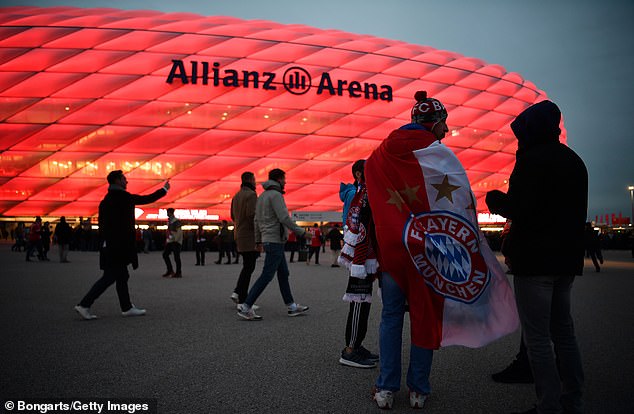 The iconic diamond pattern of the Allianz Arena, which lights up red on Bayern matchdays

The Bavarian club effectively require just a point from the match to win the Bundesliga title for the seventh consecutive season given their superior goal difference to challengers Borussia Dortmund.

And the whole kit is red after the club bowed to pressure from supporters last season and guaranteed that all future Bayern strips would be in their traditional colours of red and white.

Fans were unhappy about the use of blue in their shorts and socks, believing the colour to be associated with their city rivals 1860 Munich.

They held up protest banners at various home matches towards the end of last season and during the present campaign. 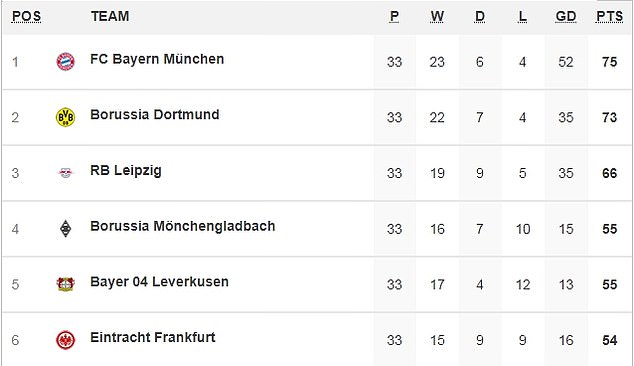 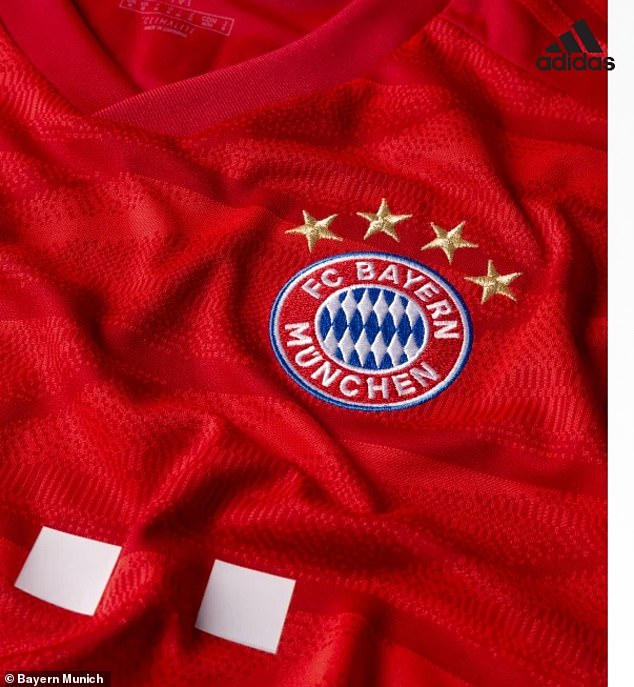 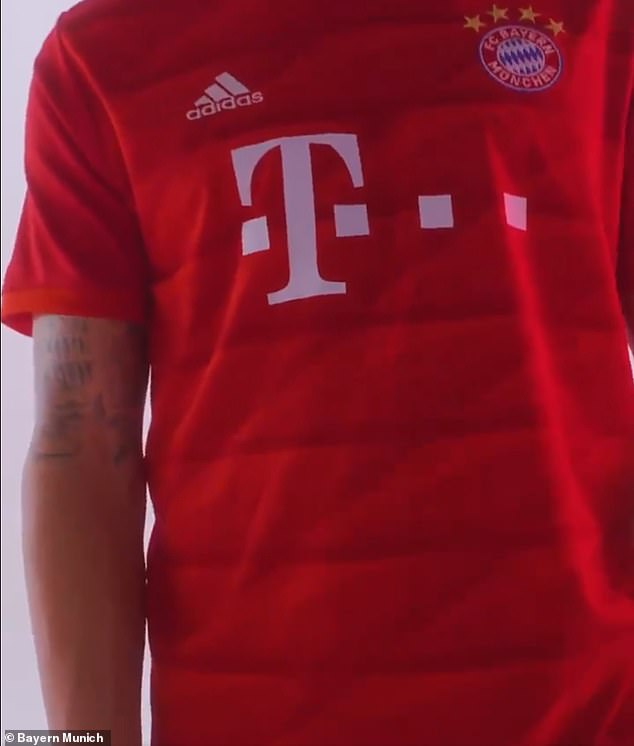 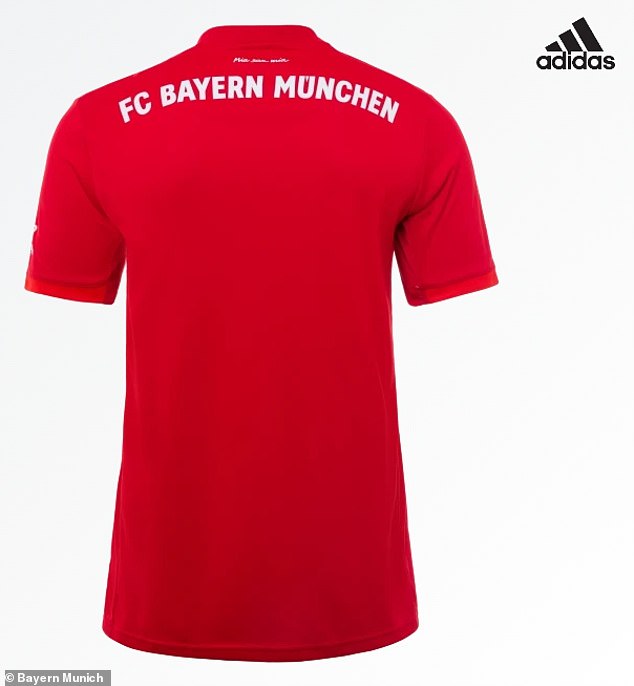 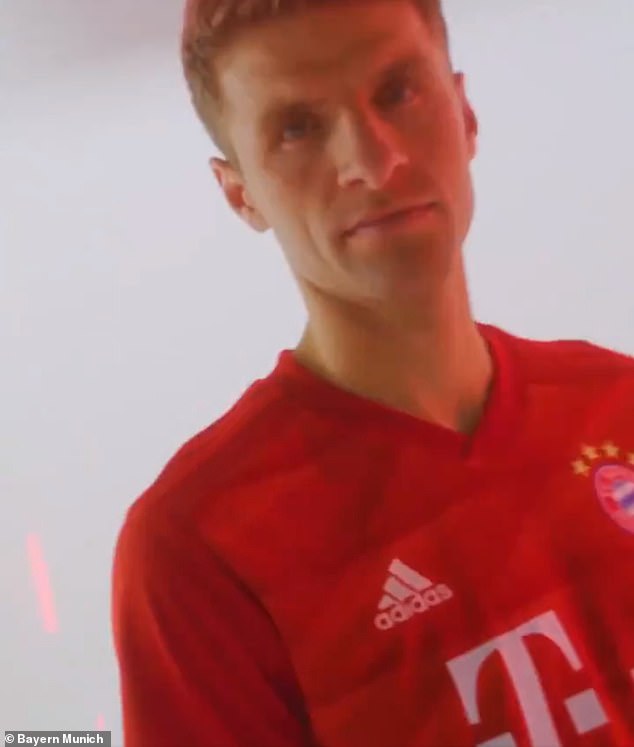 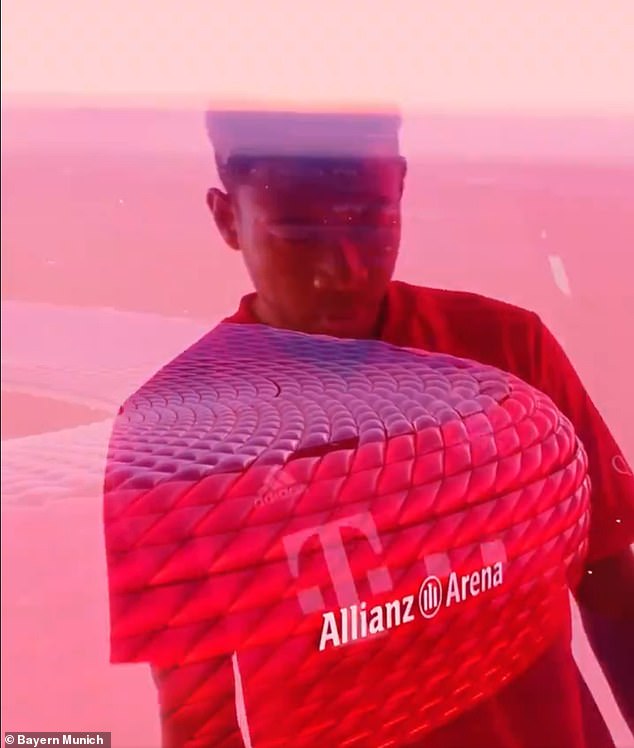 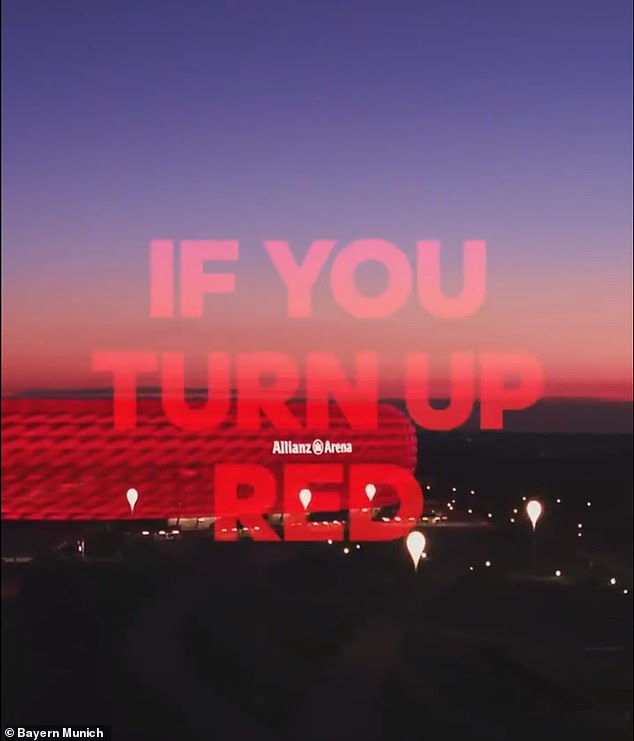 Unsurprisingly, the Allianz Arena features prominently in advertising for the new strip 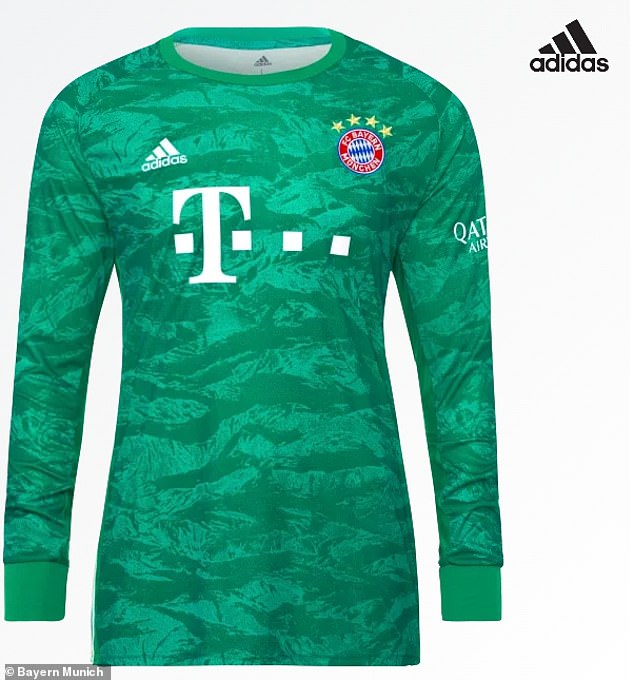 And the agitators will be pleased to see the new kit, modelled by David Alaba, Thomas Muller and others doesn’t contain a trace of blue.

Nico Kovac’s Bayern side have been involved in a closer-than-usual Bundesliga title battle with arch-rivals Borussia.

However, they have a two-point advantage and a vastly superior goal difference entering the final day with Dortmund travelling to Borussia Monchengladbach.

Bayern’s Champions League campaign ended in disappointing circumstances when they exited to Liverpool in the last-16.

But they could still win the domestic double when they play RB Leipzig in the German Cup final in Berlin on May 25.