Suited and booted! James Rodriguez and Co look the part as Bayern Munich set off for Champions League game against AEK Athens

James Rodriguez and his Bayern team-mates looked the part as they got ready to depart for their Champions League game with AEK Athens in Greece.

Sporting smart suits and sunglasses, the Bundesliga champions arrived at Munich Airport on Monday morning ahead of the Group E clash on Tuesday.

And boosted by a much-needed victory over Wolfsburg over the weekend, the likes of James and German internationals Manuel Neuer, Jerome Boateng and Mats Hummels cut relaxed figures as they prepared for take-off. 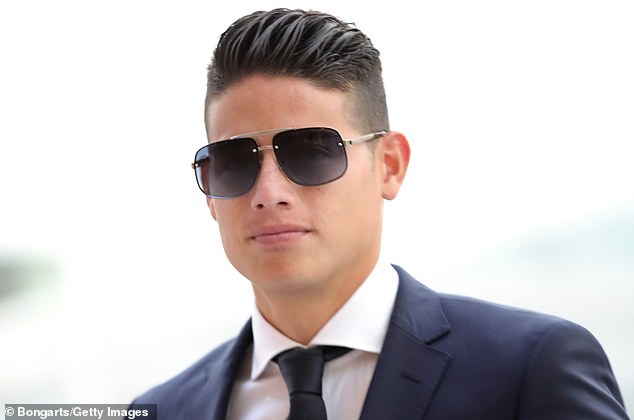 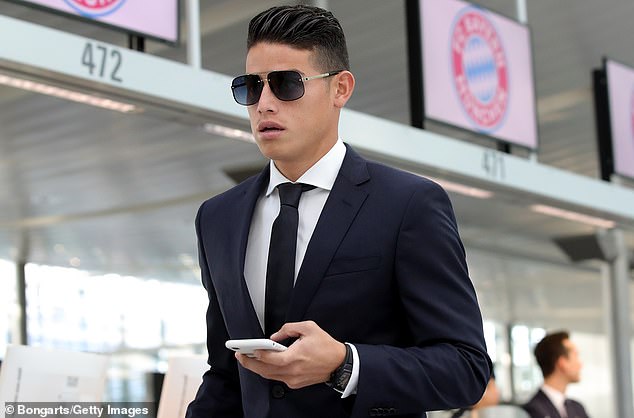 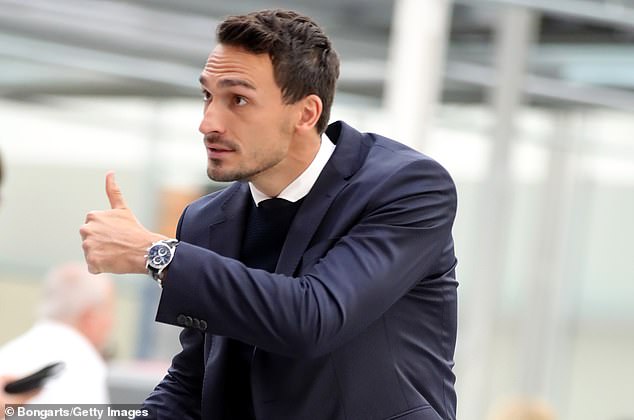 Defender Hummels gave a thumbs-up to supporters at Munich Airport, while goalkeeper Neuer smiled as he posed for the camera.

Bayern warmed up for the Champions League match-up in the best possible fashion by beating Wolfsburg 3-1 away on Saturday to secure their first win in five games.

Robert Lewandowski scored once in each half and set up a third goal to steer the German champions to victory.

The Poland striker opened his account on the half hour and doubled it four minutes after the re-start, with James Rodriguez adding a third to give embattled Bayern a much-needed boost.

This victory came a day after club bosses launched a scathing attack on the media while backing coach Niko Kovac and his players despite their dip in form.

‘I would like to remind you of the first line of the German constitution: the dignity of the human being is unimpeachable,’ Bayern chief executive Karl-Heinz Rummenigge told a press conference on Friday. ‘I don’t know if that doesn’t apply in football.’

‘Today, we are protecting our players, our coach and the club. We are not blaming the media for our poor results. We don’t want just to be praised but we want to be reported on factually.’

Despite their mixed league form, the Bundesliga champions have made a relatively strong start to their Champions League campaign, taking four points from their first two matches.