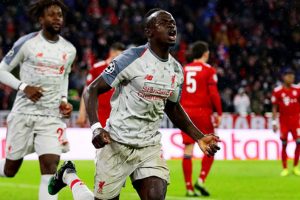 The Liverpool forward, 30, is entering the final 12 months of his contract and was demanding a bumper increase to his £100k-a-week salary to remain at Anfield. But the demands to almost quadruple his salary were rejected by the Reds hierarchy and a move to Bundesliga giants Bayern is now at the final stages.

Mane has agreed personal terms with the German champions but the one remaining sticking point is the transfer fee. Bayern have already seen two bids knocked back for the Senegal star as both fell short of Liverpool's £42.5million valuation.

With the transfer saga having now rumbled on for a number of weeks, the Bundesliga outfit are keen to wrap up the deal as quickly as possible. The Mirror state Bayern's Sporting Director Hasan Salihamidzic landed in Merseyside this morning to enter discussions with Liverpool counterpart Julian Ward.

The Reds made it clear they would not enter negotiations unless Bayern were willing to meet their valuation, after rejecting their latest £25m offer. The report claims the Bavarians will now propose a deal to satisfy both parties, including bonuses based on achievable targets.

HAVE YOUR SAY! Will Jurgen Klopp regret letting Sadio Mane leave? Let us know in the comments section. Bayern's latest offer included bizarre clauses such as Mane winning three Ballon d'Ors, which were laughed at by the Anfield hierarchy. Though the German champions will ditch that clause in their upcoming proposal.

Once an agreement has been reached, Mane will put pen to paper on a three-year deal. The Senegalese sensation has agreed an eye-watering £360k-a-week deal – £120k-a-week more than top Liverpool earner Virgil van Dijk.