Bayern Munich boss Hansi Flick was full of praise for Manchester United transfer target Kingsley Coman after Sunday’s Champions League final win, and declared that the Frenchman has finally come out of Arjen Robben and Franck Ribery’s shadow at Bayern. United are looking at Coman as a potential alternative to Jadon Sancho.

Coman scored the winner at the Estadio de Luj on Sunday.

The French winger came into the side in place of Ivan Perisic, who was dropped for the game.

He put in a solid performance, creating multiple chances in the first half, but was made to wait before making his mark on the final.

Coman waited at the back post on a Bayern attack and positioned himself brilliantly to meet Joshua Kimmich’s cross. 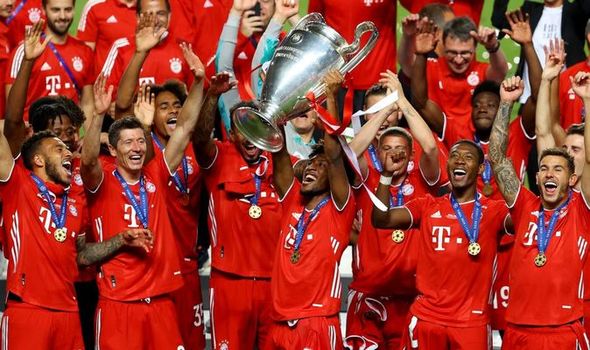 The winger stood still and headed past Kaylor Navas to give Bayern the lead, and the Bundesliga champions didn’t look back.

It could well have been his last goal for Bayern, with United reportedly interested in making a bid for the 24-year-old.

His chances at consistent first-team minutes took a hit when Bayern completed the signing of Leroy Sane earlier this summer, and the Red Devils are still struggling to get a deal for Sancho over the line.

But Flick appeared to pour cold water on any speculation that Coman would be sold to United, saying the winger has finally found his feet at the club.

He said: “Perhaps he’s finally stepped out of Franck Ribery and Arjen Robben’s shadow this season.

“Kingsley has incredible talent and he showed tonight that he can also score goals.

“I’ve not set a deadline for when the party has to stop. It’s only right to celebrate when you win something.

“You have to have a party and I don’t know when that party will end.” 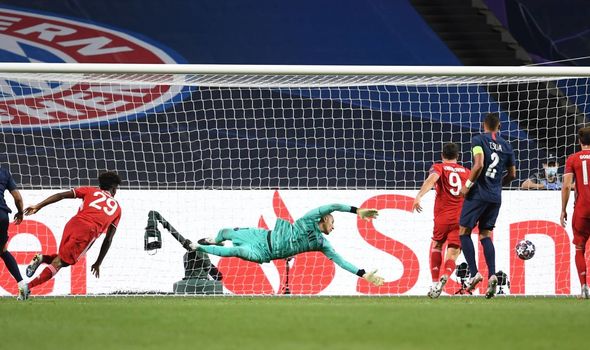 Coman’s team-mate Serge Gnabry, who played on the opposite wing on Sunday night, was full of praise for the game-winner.

He said: “He helped us extremely. He came in and one-against-one we knew it would be difficult for the opponent.

“For him to score that goal after being out injured for a couple of games and to come back into the team was incredible.

“It has always been said that the spirit of this team is crazy.

“We always fight for each other and we have a strong bond. Hopefully we can build on that and win more.”