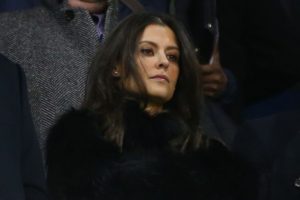 Eyebrows were raised last summer as the Blues splashed out £200m on the the likes of Timo Werner, Kai Havertz and Hakim Ziyech.

They also sacked Frank Lampard earlier this season though are in the Champions League quarter-finals and battling for a place in the Premier League top four.

Chelsea announced a £32.5m profit in their latest set of accounts up to June 30, 2020 despite the impact that Covid has had.

And Rummenigge has highlighted Chelsea as one of few clubs around the world that have done well to keep their balance sheets in order.

He told The Athletic: "There are maybe two or three clubs who are able to buck the trend.

"But we won't see any all-time high [profit] records tumble this summer, that's for sure.

"Everyone I talk to wants to reduce their payroll. That also applies to Bayern. Transfer fees went down by 50 per cent last season, which was good, but the wages haven't adjusted downwards accordingly.

"We find that players and their agents are not happy to renew under existing circumstances but want more.

"It'll be an interesting transfer market. It'll be instructive to see whether the best players will have the upper hand in that regard.

"We need to rely on players and agents understanding the situation. The whole football industry, the whole world has been damaged by Covid-19.

"I'm curious to see if there will be one club in Europe that can break even this season. It'll be challenging, even for us.

"After more than one year without fans, the income loss has been much greater for the big clubs."

READ MORE: Emmanuel Petit had iconic cameo on The Bill because 'he thought it would be like Friends'