What a week it’s been for Ross Barkley. Five days after playing a key role in England’s thrilling victory over Spain, he came off the bench for Chelsea to rescue a crucial point.

Barkley may only have been on the pitch for 21 minutes at Stamford Bridge but his confidence levels were sky high after the win in Seville.

What I love about him is his willingness to run with the ball, go past people and get his team up the pitch. He is Maurizio Sarri’s power player, someone who can supply that moment of magic to turn a match — even if it’s from the bench. 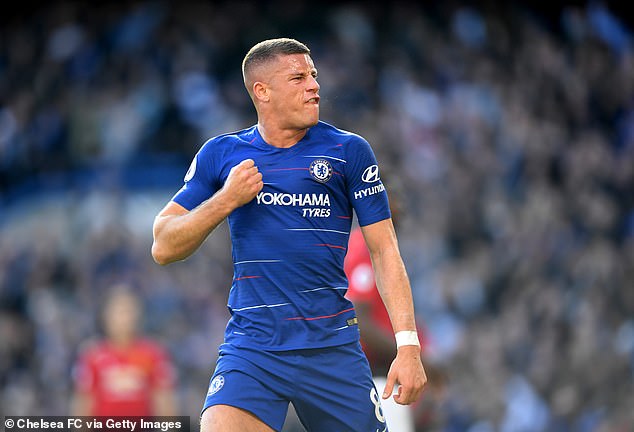 He is looking in better shape than ever. Having a clear summer has allowed him to recover fully from his hamstring injury and return to action super fit.

Playing alongside Harry Winks in England’s midfield really complements his game. Like Barkley, Winks has had a long recovery from a bad injury, with ankle problems keeping him out for much of last season.

While Winks may not play the same Hollywood passes as Barkley, rarely do you see him lose possession. 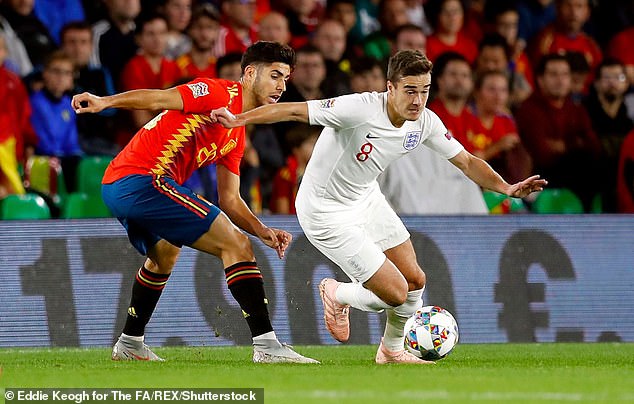 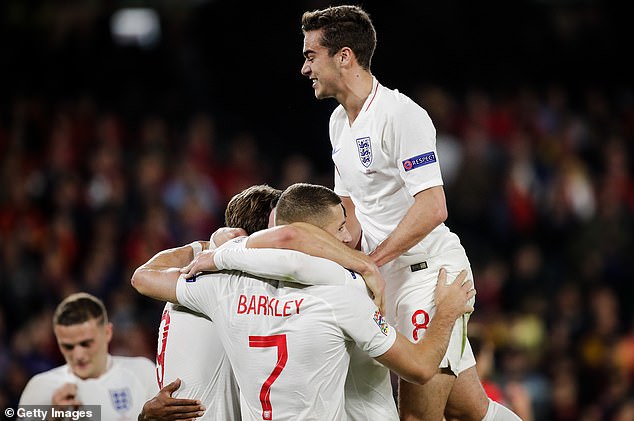 Winks may not play same Hollywood passes as Barkley, but rarely do you see him lose the ball 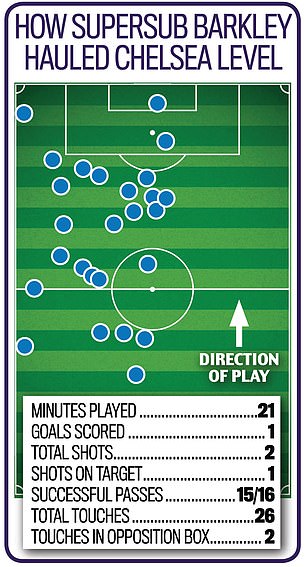 He gets it, gives it and keeps things simple.

Winks has been successful with at least 90 per cent of his passes in four of the five games he has started for Tottenham this season.

He attemped 70 passes in Spurs’ win at West Ham on Saturday — more than any player on the pitch — and completed 63.

Gareth Southgate will be delighted by both players’ contributions this weekend.

When England lost to Spain in September, there were questions surrounding who could solve the conundrum in Southgate’s midfield.

Barkley and Winks prove that we have creative players who can keep the ball.

With Dele Alli and Jesse Lingard to come back from injury, the talent pool in England’s midfield suddenly looks a whole lot deeper.

It doesn’t worry me that Liverpool’s front line are struggling to fire.

Quite the opposite. The fact they are unbeaten and level on points with Manchester City at the top of the table despite not being as clinical in front of goal should strike fear into the rest of the Premier League.

One day soon they will click. When that happens, one team will be due a walloping. 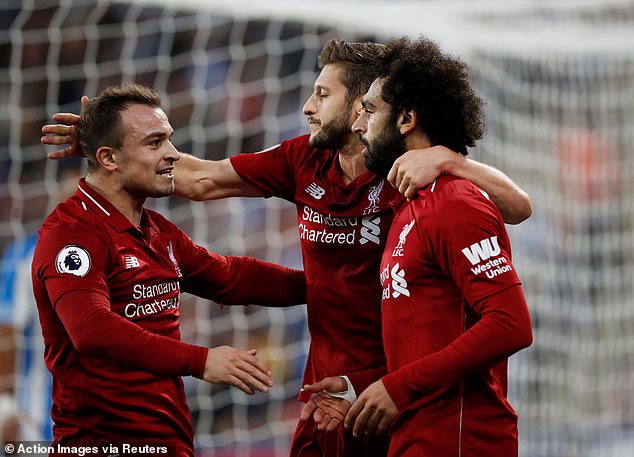 Riyad Mahrez showed a great deal of character to bounce back from his penalty miss at Anfield.

He proved his true class in the win over Burnley, curling in a sublime long-range strike and setting up four chances for his team-mates.

His challenge now is to put in these displays against Manchester City’s top-six rivals and in the Champions League.

Watford must fight to keep Doucoure

Abdoulaye Doucoure is the most under-rated midfielder in the Premier League. He is the sort of player I would hate to play against. He is like a marathon runner the way he covers so much ground.

Doucoure has run 63.6 miles this season, more than any other Watford player, and his hard work allows Javi Gracia to play two strikers. There is more to his game than the hard yards.

He scores vital goals, has an eye for a pass and does not shy away from a tackle. He set up two goals in the space of 58 seconds to sink Wolves on Saturday. Watford must fight to keep their prize asset in January. 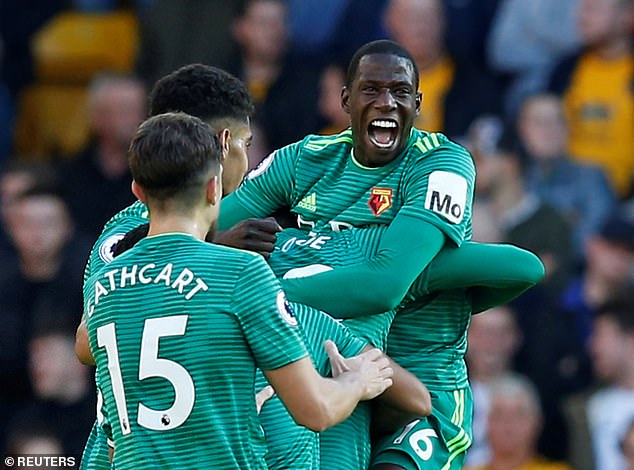 Why on earth did Newcastle let Dwight Gayle go on loan to West Brom? While his replacement Salomon Rondon has not scored in the league, Gayle has eight goals in his last 10 league games.

Newcastle struggled in front of goal once again in their home defeat by Brighton and the players must be running out of patience with Rafa Benitez.

Newcastle’s players are not as bad as results and performances suggest but they are being hamstrung by their manager’s negative tactics.

It’s all well and good Fulham splashing out £100million but Slavisa Jokanovic does not seem to know his best defence.

In their 1-1 draw against Watford last month, Jokanovic hooked £20m centre back Alfie Mawson at half-time. At Cardiff on Saturday he started Calum Chambers at right back then replaced him with Mawson for the second half.

Is it any wonder they’ve let in 25 goals?

My Team of the Weekend 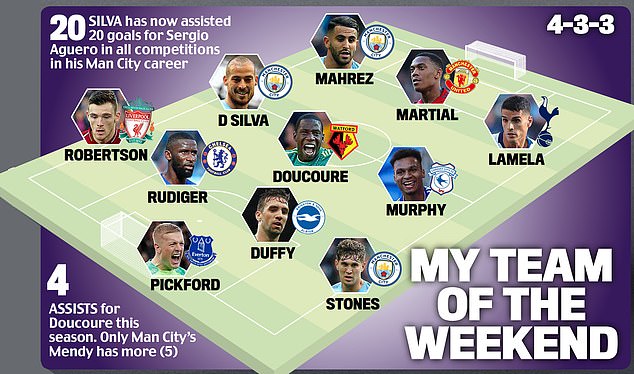