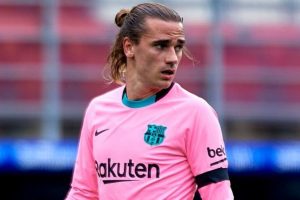 Barcelona boss Ronald Koeman has been linked with a string of new faces ahead of the 2021/22 campaign. However, he may need to sell before he can buy this summer, with Antoine Griezmann on the list of possible exits.

Koeman has received assurances from club president Joan Laporta that he will remain in charge at the Nou Camp in the coming months as he heads into the second year of his contract.

However, despite the apparent clarity over the Dutchman’s future, there are remaining question marks over a string of star players within his squad.

Lionel Messi’s contract extension talks have essentially been parked until he returns from international duty with Argentina next month.

There is growing confidence over Messi’s willingness to sign on for another two years, but no confirmation has been made from either party at this stage.

Ironically, one of the major reasons for Messi’s continuation in Catalonia, could prove to hasten Griezmann’s exit, with his close friend Sergio Aguero joining on a free transfer. 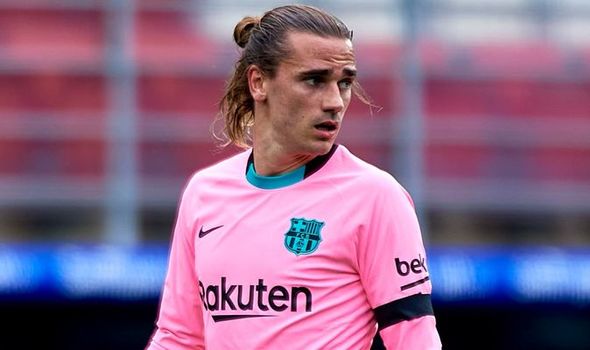 Barcelona finally confirmed the capture of Aguero, following his release from Manchester City at the end of the 2020/21 season, alongside former City teammate Eric Garcia.

Free transfers are likely to be Koeman’s main source of new faces in the weeks ahead with Gini Wijnaldum and Memphis Depay also heavily linked with move to the club.

However, if Koeman wants to buy a big-name target, he will need to raise funds via player sales, and that could see Griezmann edged out.

According to reports from Spanish outlet Diario Sport, Koeman has a list of players he is prepared to offload, with Griezmann rated at £65million (€75m). 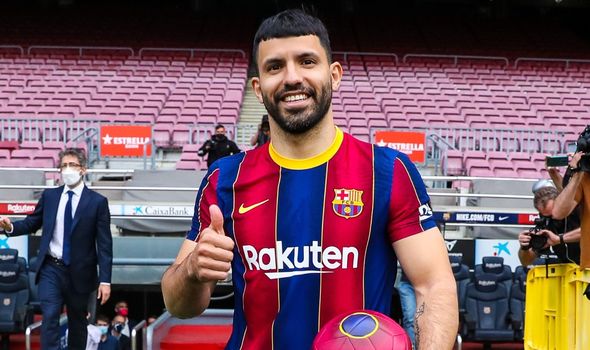 Former club Atletico Madrid could be an option for the 30-year-old with club president Enrique Cerezo recently stating his openness to welcoming the Frenchman back to Madrid if possible.

However, he could also emerge as a target for Paris-Saint Germain, if they are unable to convince Kylian Mbappe to sign a contract extension.

If Mbappe opts to move on, Griezmann could provide a perfect high-profile replacement, alongside former Barcelona superstar Neymar.

If Koeman secures a move for Depay, Griezmann will not be the only name under pressure in Catalonia, with Ousmane Dembele’s contract situation opening up speculation over his own future.

The former Borussia Dortmund winger is into the final year of his current deal and he is stalling over an extension.

He is apparently concerned over a lack of guaranteed first-team action in the next 12 months.

And the arrival of Aguero, and potentially Depay, alongside Messi and Ansu Fati, would push him further down the pecking order.

The 24-year-old is rumoured to be a target for Manchester United and Arsenal and he is expected to make a firm decision after Euro 2020.