Barcelona wonderkid Ansu Fati has decided to sack his agent and sign with Cristiano Ronaldo’s long-term representative Jorge Mendes. The winger was previously represented by Lionel Messi’s brother, and has been tentatively linked with a move away from the Nou Camp.

Fati is under contract at Barcelona until 2022, with a club option for an extra two years, meaning they are under no pressure to sell.

But regardless, the 17-year-old has been tipped to leave this summer, with Manchester United reportedly interested.

The Premier League giants are claimed to have made a bid for him, and have asked Barca how much they’d part ways with him for.

And now, Fati has given the biggest indication yet that he wouldn’t be opposed to a move away, as he has fired his agent. 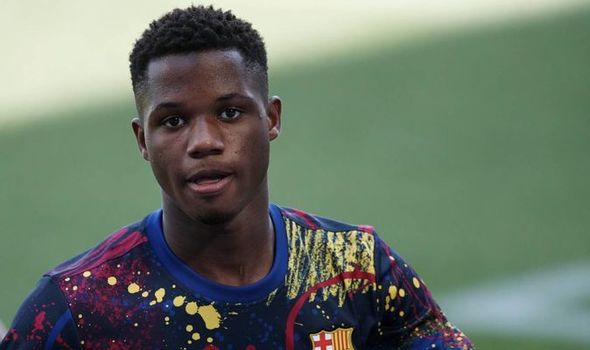 The teenager was previously represented by Rodrigo Messi – brother of the Barcelona legend.

But he has now ditched him and signed with Mendes, who has represented Ronaldo for the majority of his career.

Having broken into the Barca first-team picture in the past year, he is now expected to be offered a new contract at the Nou Camp.

Barcelona club president Josep Bartomeu recently confirmed that they had received offers for Fati, but that he wouldn’t be sold.

He insisted that he wanted the teenager to continue his development at the Nou Camp, and was one of the players not for sale this summer, along with Lionel Messi.

Bartomeu said: “Messi is untouchable & non-transferable. He knows it, we all know it.

“But there are various non-transferable players like [Marc Andre] Ter Stegen, [Clement] Lenglet, [Nelson] Semedo, [Frenkie] De Jong, [Antoine] Griezmann, [Ousmane] Dembele… players we are counting on in the future. 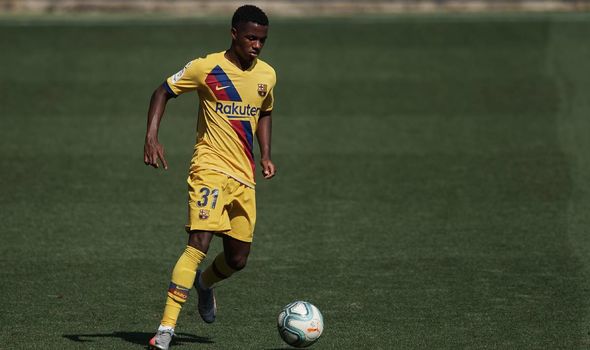 “We have had [offers] for Ansu Fati, for example.

“But Barca does not want to sell players, although we receive several offers for players.

“We don’t want to sell him. He has a great future.