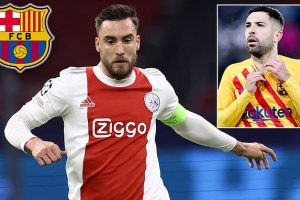 Barcelona want to sign Ajax’s Nicolas Tagliafico on loan until the end of the season, according to reports.

Jordi Alba has been first choice at left-back at the Nou Camp for nearly a decade, but has struggled this season and recently hit back at his detractors, saying he has been unfairly singled out for criticism.

Xavi is keen to provide competition for the 80-cap Spanish international, with 18-year-old Alejandro Balde the only other natural left-back in his squad. 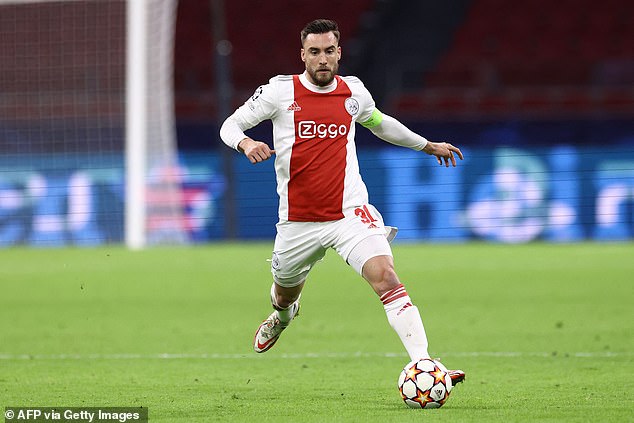 According to Goal, Tagliafico, 29, has been identified by Barca as the ‘ideal man’ to sign and they have already contacted Ajax about his availability.

The report adds that a loan deal would be the Catalan side’s preferred choice, but the reigning Eredivisie champions want to add a €6m (£5m) summer purchase option into the agreement.

Barca are still facing financial difficulties and are trying to get players such as Sergino Dest and Martin Braithwaite off the wage bill this month.

Meanwhile, Tagliafico is reportedly keen to join Xavi’s squad and has rejected other offers in the hope that a move to the Nou Camp can be finalised. 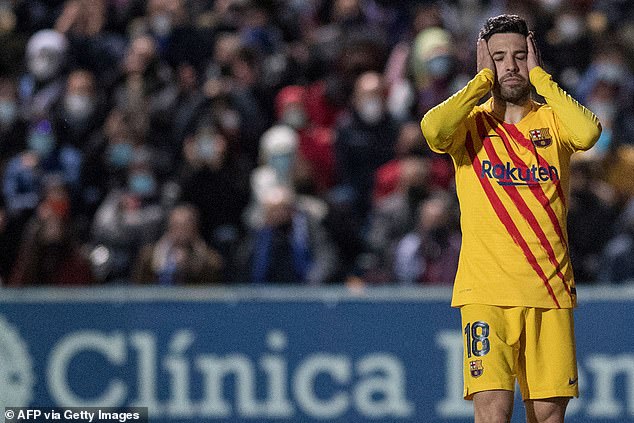 Barcelona’s Jordi Alba recently hit back at his critics, suggesting he’s been unfairly singled out 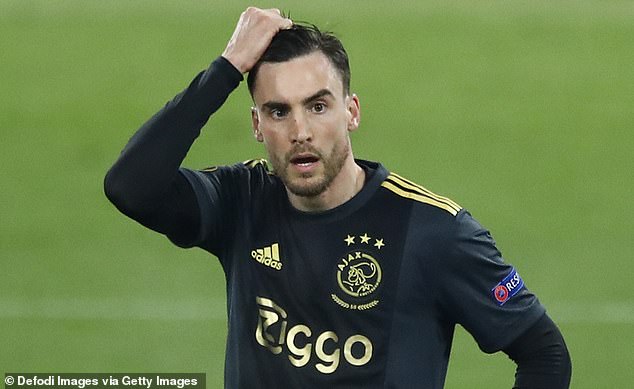 Tagliafico, 29, has fallen out of favour at Ajax, starting just two Eredivisie games this season

The 29-year-old joined Ajax from Independiente in 2018 and has made 154 appearances for the Dutch club, winning two league titles and two domestic cups.

However, he has fallen out of favour under Erik ten Hag and started just two Eredivisie games this season with Daley Blind making the left-back spot his own in Amsterdam.

Tagliafico, capped 36 times by Argentina at international level, has one season’s worth of experience in Spain, spending the 2012-13 campaign on loan at second tier Real Murcia.