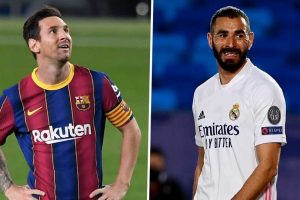 Barcelona and Real Madrid have been dealt another financial blow, with the Clasico rivals among those to have been informed that they will be stung with a bill of up to €5 million (£4 million/$6 million) as part of a European Union fight against tax avoidance.

Athletic Club and Osasuna have also been informed that they will have back taxes to pay.

The clubs in question, led by Barca, challenged an initial ruling which questioned the use of a 25 percent tax rate, rather than the standard 30 percent rate for sports companies, but the final outcome has not come down in their favor.

The Luxembourg-based Court of Justice of the European Union (CJEU) has stated in its report: “The aid scheme at issue was, from the time of its adoption, liable to favour clubs operating as non-profit entities over clubs operating in the form of public limited sports companies, thereby conferring on them an advantage capable of falling within the scope of Article 107(1) TFEU.”

Why were Barcelona and Real Madrid paying less tax?

Leading sides in Spain had enjoyed a lower tax rate than a number of rivals for more than 20 years as they were treated as non-profit organizations rather than professional football clubs with limited liability.

The European Commission ruled in 2016 that the four teams in question had been given an unfair advantage by occupying a lower tax bracket than other sporting institutions.

Barcelona appealed against that call and got the General Court to wipe it out in 2019 on the grounds that the EU competition watchdog had not been able to prove to the required legal standard that any advantage had been enjoyed.

The commission subsequently took its case to the CJEU in a bid to prove that economic benefits had been taken in by Barca, Real and Co.

It has already been revealed in 2021 that Barcelona is struggling under the weight of debts totalling €1.2 billion (£1.1 billion/$1.5 billion).

Real and many other sides around the world have also been hit hard by the financial implications of an ongoing coronavirus pandemic.

There is, however, hope that supporters will soon be freed to return to stadiums and help to bolster the coffers of even the most prestigious sporting superpowers.