Barcelona manager Ronald Koeman is ready to offer a pick of four players to Inter Milan in order to sign Lautaro Martinez, reports claim. The Dutchman recently took over from Quique Setien at the Nou Camp. And he’s determined to steer the club to the La Liga title at the first time of asking.

Barcelona were reliant on the genius of Lionel Messi last season, with the Argentina international scoring 28 goals across all competitions.

Only Luis Suarez and Antoine Griezmann made into into double figures for the campaign, while also enduring rough seasons by their high standards.

As a result, Koeman wants to bolster Barcelona’s attack as he looks to win the La Liga title at the first time of asking.

And Sport say the Dutchman is ready to reignite interest in Inter Milan star Martinez, who flourished under Antonio Conte last term.

Only Romelu Lukaku scored more goals than the 23-year-old, who struck 21 times across all competitions. 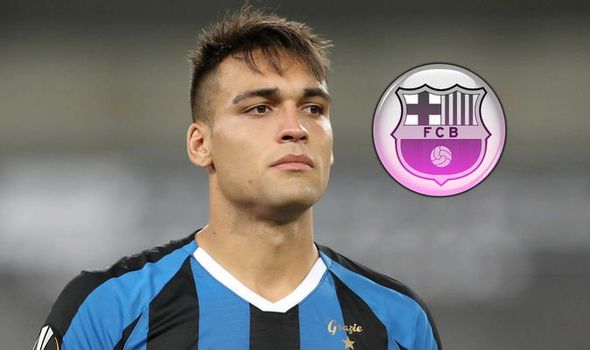 And the report claims Barcelona are ready to offer up to four players in return for the South American, who they value at £59million.

One player who could move to Italy is Jordi Alba, who has been a good asset for the Catalan giants ever since his move from Valencia in the summer of 2012.

Emerson, who has been compared to Cafu after a successful loan spell at Real Betis, could also enter the transfer operation.

And Barcelona are also contemplating whether to offer Inter Milan the chance to sign Junior Firpo and Nelson Semedo as they look to bring Martinez in.

Meanwhile, Barcelona star Suarez recently called on Martinez to the move to the Nou Camp – despite the fact it would endanger his chances of game time. 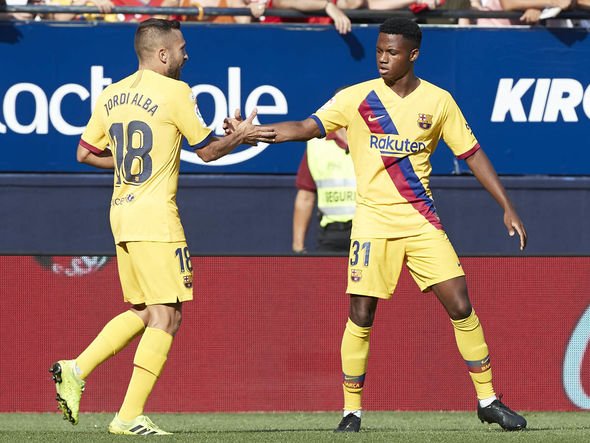 Suarez told Sport: “He is a great player, he’s been playing at a great level for Inter.

“It’s not easy to arrive in Italy from Argentine and show everything that he’s shown in a league as complicated as the Italian one.

Martinez has also been linked with a move to Manchester City as they eye long-term replacements for Sergio Aguero, who is entering the twilight years of his career.

And ex-City star Owen Hargreaves has endorsed a move, saying: “I know Manchester City are looking for a replacement for Aguero, Martinez is your guy.

“He’s the type of player whether at Barcelona or Manchester City they’re going to get a really special player.”

Martinez recently lost out on the Europa League crown, with Sevilla beating Inter 3-2 in a dramatic final.

Inter took the lead twice through Lukaku and Diego Godin.

But, after Luuk de Jong pegged them back, a Lukaku own-goal then gave the La Liga side the trophy.