Mario Balotelli may have left Manchester City in 2013 but the striker evidently still retains a strong connection with the club.

Balotelli, now of Nice, posted a picture on Instagram of him celebrating in City’s famous 6-1 win over Manchester United at Old Trafford, as he marked the seventh anniversary of the triumph.

The Italian scored twice in the victory over United and, in one of the most memorable moments in derby history, celebrated one of his strikes by revealing a t-shirt bearing the words ‘Why always me?’ 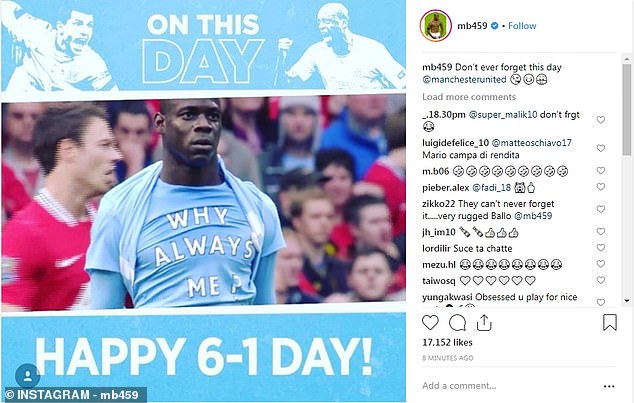 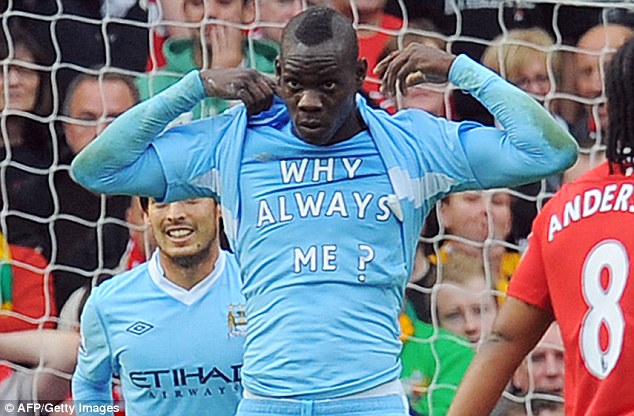 Balotelli captioned the image on Instagram: ‘Don’t ever forget this day @manchesterunited.

The victory over United helped City to gain momentum en route to winning the Premier League title in the 2011/12 season. 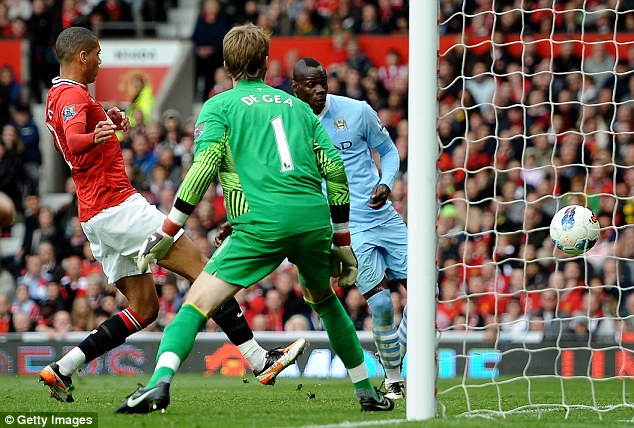 Balotelli, who now plays for Nice, scored twice as City thrashed United 6-1 in 2011

However, Balotelli’s lack of discipline led to him leaving City in 2013, and he subsequently joined AC Milan while also taking in a loan spell with Liverpool.