Two wins and two clean sheets but just two goals scored and one significant injury. England’s first proper week of preparations for Euro 2020 could have gone a lot worse but could also have gone a lot better, and that is without acknowledging the ignorant booing of the players’ protests against racial injustice, which looks set to become the latest front in the country’s interminable culture war.

Having spoken well on that subject over the past few days, Gareth Southgate is now attempting to move the conversation back to football. But even on-the-pitch. there are more questions than answers about England at the moment, and certainly more than Southgate would ideally want in the week leading up to a major international tournament.

The biggest talking points of all, six days away from their Group D opener at Wembley, coalesce around one question: who starts against Croatia?

Normally, that would be a relatively simple one to answer by this point. Before the 2018 World Cup, all of the 11 players to line up for England’s opener against Tunisia started at least one of the two warm-up games. Nine of them started together in the first pre-tournament friendly that year, in fact.

A similar level of continuity is practically impossible this time around, however. The three clubs who provide the most players to this final 26-man squad – Chelsea, Manchester City and Manchester United – were all involved in European finals which stretched their seasons into the final week of May and delayed the arrival of 11 players to the camp.

Of the 11 to come from those three clubs, only Luke Shaw and Marcus Rashford have played any minutes this past week. At least seven others can realistically hope or expect to start against Croatia, and that’s not including Harry Maguire, who would have played but has very little chance of recovering from an ankle injury in time.

For such a large and important chunk of this squad to be unavailable to Southgate over the past week means relatively little can be learned from the line-ups against Austria and Romania. Even the last competitive starting XI against Poland back in March is not especially helpful, as it came at a time when several candidates to start this Sunday were either missing through injury or still emerging as contenders.

At least there is not a question mark over who will play in goal. Jordan Pickford will be between the posts against Croatia and Southgate has been complimentary about the Everton goalkeeper’s form during the second half of the season. This is still one of England’s problem positions but it seems as though any threat to Pickford’s starting spot has receded, for now at least.

On a side note, it was interesting that debutant and third-choice goalkeeper Sam Johnstone played the entirety of Sunday’s win over Romania and impressed while doing so, making several important saves. His international career is now 45 minutes longer than Dean Henderson’s, supposedly Pickford’s understudy.

From here on, though, it becomes tricky. Despite the clean sheets, England have looked suspect when playing without the ball over the two warm-up games and though that is not solely down to the defence, but in Maguire’s absence it is difficult to name a back four which inspires confidence.

John Stones should start against Croatia but will go in cold after only just joining up from City. Tyrone Mings divides opinion and suffered more than one uncertain moment on Sunday but is at least accustomed to playing in a centre-back partnership. Conor Coady earned an international call-up by impressing in a very specific role as part of a back three at Wolves and is yet to demonstrate he can be as successful in other systems.

Perhaps the 3-4-3 of the autumn could return, with Kyle Walker or Reece James as the right-sided centre-back. Luke Shaw could perhaps play as the left-sided centre-back too, freeing up Ben Chilwell or Bukayo Saka to play at wing-back. The thought of Bruno Petkovic, Croatia’s 6ft 3in striker, contesting in the air with a three of Shaw-Stones-Walker is not ideal, though, nor is fielding two players in roles they have seldom played before.

The midfield combinations and configurations are no simpler. Declan Rice can be all but sure to start and Jordan Henderson would ideally be preferred alongside him but 45 minutes against Romania – including a missed penalty – was hardly enough to ease concerns about his fitness. Jude Bellingham is exciting but Kalvin Phillips is a safer option with greater positional discipline, which may be required against a side of Croatia’s calibre.

And if Southgate did not already have enough to consider, Jack Grealish’s displays over the past week have given him another headache. England have rarely operated with a recognisable No 10 during Southgate’s time in charge but Grealish started both warm-up games in that role and impressed, although admittedly his brightest spells against Romania came when drifting in from the left.

England, on the whole, looked better with Grealish in the wide role that he has spent the season in with Aston Villa and that may be enough to convince Southgate to abandon the 4-2-3-1 shape introduced for these friendlies. Yet for him to start with that system in both games suggests it is at least under consideration for the tournament, and either Grealish or Mason Mount would be candidates to play as a No 10 if it is retained. 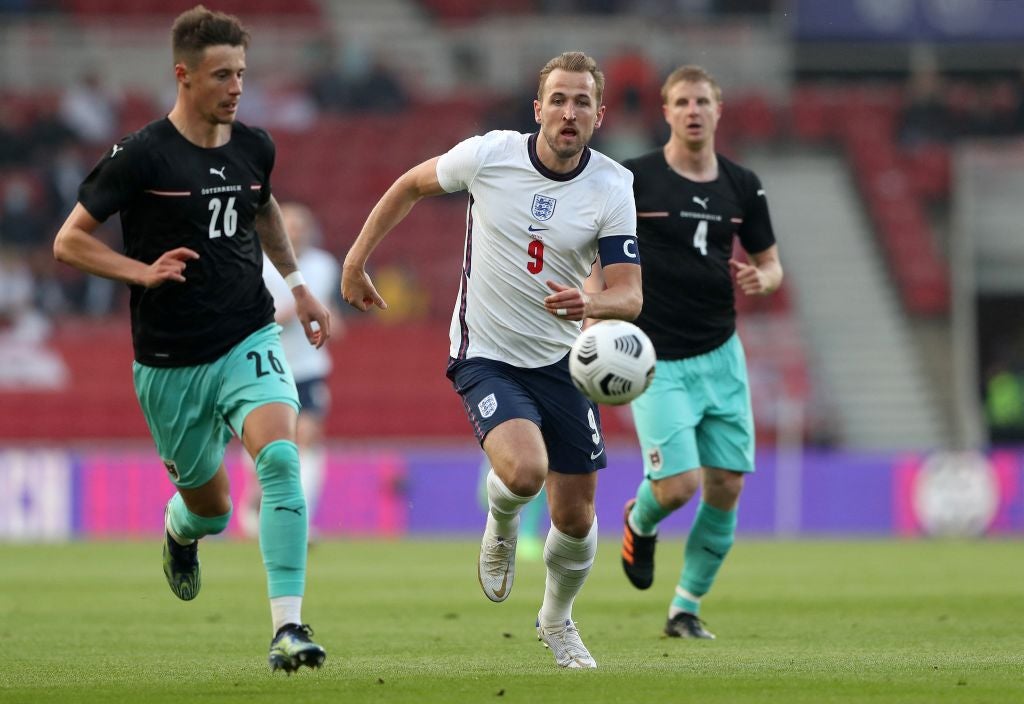 Kane is one of only a few guaranteed starters

At least in attack, the problem is not so much a lack of options but a wealth of them. Following on from Pickford, Stones and Rice, Harry Kane heads a spine of undisputed starters running from the front to the back of the team. Who plays off him, though? It is difficult to say. Grealish is likely competing with Marcus Rashford and Phil Foden on the left, while there is a choice between Raheem Sterling and Jadon Sancho on the right.

In each case, an established international regular who is enduring a poor run of form is up against an up-and-coming talent who is enjoying their football. Southgate must also consider how each of the contenders for the two free attacking spots operate with Kane, who is a very different player to the Golden Boot winner at the World Cup three years ago, one who will look to come deep and play team-mates in behind as much as he will try to score himself.

Kane is one of, at best, only four or five players who can be fully confident of starting this coming Sunday. That is partly a result of the disrupted preparations, partly a result of some injury misfortune, and partly a result of the deep talent pool at Southgate’s disposal. Yet you wonder whether Southgate would happily trade some of that talent for a little more certainty regarding his starting line-up, and swap the many questions which still hang over this England team for a few more answers.