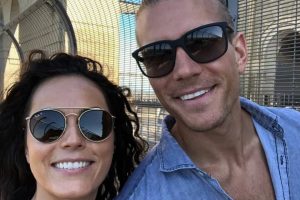 Former Socceroo Erik Paartalu has revealed he has been confined to a hotel for the past seven months due to the COVID-19 crisis in India.

Paartalu, who played two matches for the Socceroos in 2013 as well as a 119 caps in the A-League for the Brisbane Roar and Melbourne City as well as stints across the world, plays for Bengalaru in the Indian Super League.

Despite playing his last match of the Indian domestic season on Feburary 26 after the club missed the final, Paartalu has been stuck in the club’s biosecurity bubble, with Bengalaru preparing for an AFC Cup qualifying match on May 11 against the Maldives' Club Eagles.

The AFC Cup is the secondary club competition in Asia with the winners qualifying for the AFC Champions League.

While other foreign players left at the culmination of the season, Paartalu has been stuck in limbo.

Last week, he hit out at the Australian government after the Morrison government introduced fines of up to $66,600 or five years in prison for anyone defying the travel ban preventing Australians returning home from India

India’s COVID-19 outbreak is breaking records with more than 400,000 new cases on Sunday alone, with the nation registering more than 3000 deaths a day over the last week.

It is believed these are being under reported as well, with the world shocked by the scenes of death coming out of the nation.

On April 30, Paartalu expressed his disappointment at being stranded in the stricken nation.

“As an Aussie that has lived and worked in India for 4 years now I have never felt so far away from feeling Australian. I don’t know how you can deny citizens to return home especially when there are hotel quarantines in place,” he wrote.

I understand everyone's concern with the level of infection over here and the possibility of a new variant. But isn't that the purpose of hotel quarantine for 14 days?
Love to all those affected and hope this situation has a good outcome for all the Aussies here in India 💙

It came after Aussie cricket stars Adam Zampa and Kane Richardson exposed a loophole on the border closure with India, flying home from the IPL via Doha last week.

It led to the extraordinary tirade from Aussie cricket great Michael Slater, who was commentating the IPL.

Slater has found his way to the Maldives, where he will stay until he can return to Australia, taking to Twitter to savage the Australian government.

Slater tweeted on Monday evening: “If our Government cared for the safety of Aussies they would allow us to get home. It’s a disgrace!

“Blood on your hands PM. How dare you treat us like this. How about you sort out quarantine system.

“I had government permission to work on the IPL but I now have government neglect.”

But speaking to the Sydney Morning Herald, Paartalu revealed he has only been able to travel from his hotel room to either train or play, having been in the biosecure bubble since the Indian Super League season began.

While he admitted that the team was relatively lucky, several of his teammates have had family members die from the virus.

Paartalu has also been separated from his family who are in Sydney and his wife in Scotland while he is stranded in India.

“It’s a horrible thing to say but I don’t think anybody is coping,” Paartalu said. “You get past a point where it just becomes exhausting. We are all past that point now and it just becomes a really sad normality. You have a set routine every day: you wake up, have breakfast, go to training, go to the gym, come back to the hotel, eat, sleep.”