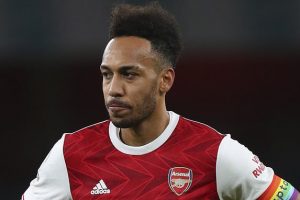 Arsenal captain Pierre-Emerick Aubameyang admits he has been ‘struggling a lot’ this season but is determined to arrest his poor run in front of goal.

The Gabonese striker, the club’s talisman last season as they won the FA Cup, has scored just three league goals so far this season, with a particular low point coming against Burnley last month when he scored the decisive goal at the wrong end.

The 31-year-old’s poor form contributed to a terrible start to the season for the Gunners but after four wins on the trot in all competitions in recent weeks, Mikel Arteta’s side looked to have turned a corner and Aubameyang hopes his finishing touch will follow suit soon. 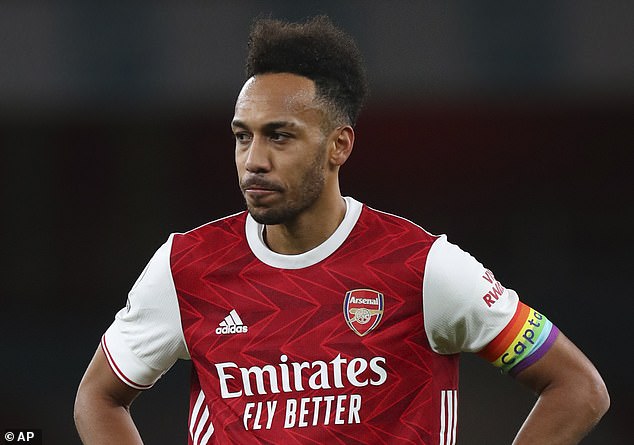 ‘From the beginning of this season I was struggling a lot but I think this is part of football,’ Aubameyang told Sky Sports.

‘We gave a lot at the end of the season to win the FA Cup and to qualify for the Europa League because it was really important for the club.

‘Sometimes you have ups and downs and you have to manage as best you can. I tried my best and until now it was not the best performance from me. I’m still positive. I think I can turn this around.’

From a period of looking behind them at a potential relegation battle, three league wins in a row means Arsenal are now just six points off north London rivals Tottenham.

Aubameyang did find the back of the net in the Gunners’ 2-0 win against Newcastle on Saturday night in the FA Cup third round, but the striker says improving their position in the league is now the predominant focus. 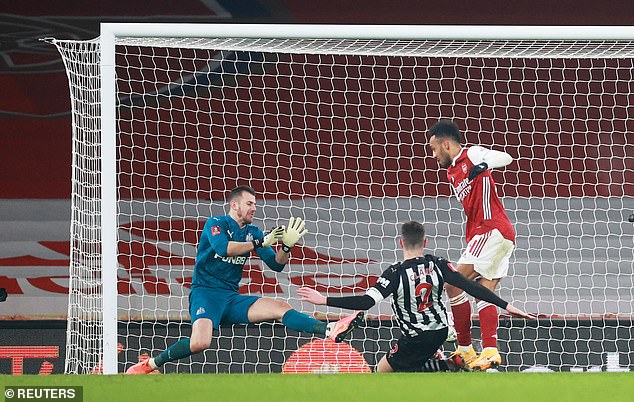 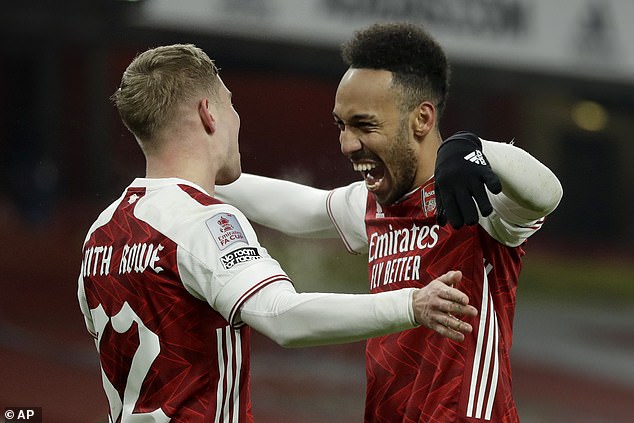 The Gunners captain celebrates with Emile Smith-Rowe, who has come to the fore recently

‘At the moment we are playing well and we have to follow this way,’ Aubameyang added.

‘If we win the couple of games that are coming we can turn around the situation. We are not so far from the top six so this is the moment to be back in the competition.’

Currently 11th in the table, the Gunners host Crystal Palace in the Premier League on Thursday night before hosting Newcastle – again after their recent Cup clash – on Monday.