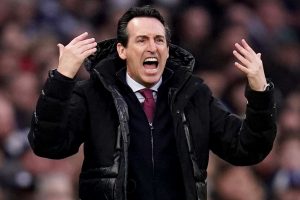 Aston Villa have completed the signing of Colombia international Jhon Duran from Chicago Fire, the Premier League club have announced.

Duran scored eight goals in 22 MLS appearances for the Fire last season and has three international caps to his name.

A club statement read: “Aston Villa is delighted to confirm Jhon Duran has completed a permanent transfer from Chicago Fire for an undisclosed fee.”

Duran is hoping to make his mark at the club quickly. He told Villa TV: “I have all the desire in the world. Lots of desire to work hard, give everything to the team and win. I’m hoping I can play soon.