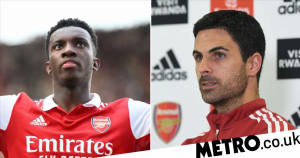 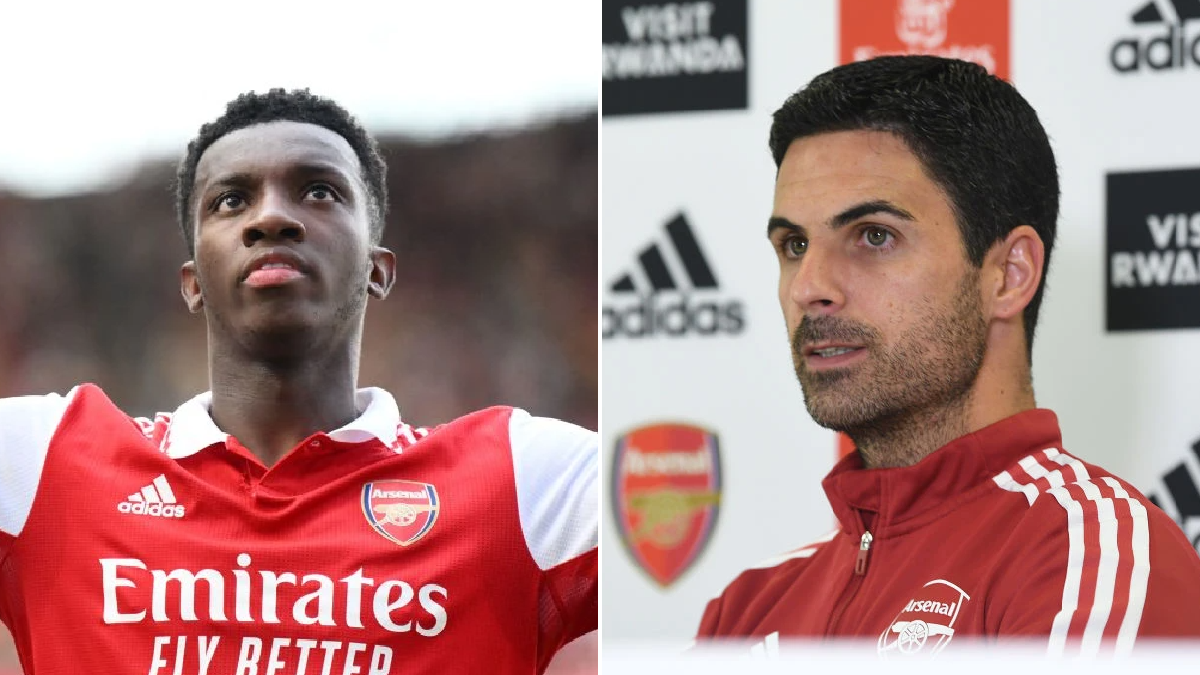 Mikel Arteta says he is ‘delighted’ that Arsenal striker Eddie Nketiah has signed a new long-term contract at the club and been given Thierry Henry’s iconic shirt number.

Nketiah, who has been at Arsenal since the age of 14, has made 92 appearances for the first team, scoring 23 goals.

While he has largely struggled for game-time since making his Arsenal debut in 2017, Nketiah began to feature more regularly for the Gunners last season, starting the last eight league games and scoring five goals.

Nketiah could have an even greater role at the Emirates next season given the recent departures of Alexandre Lacazette and Pierre-Emerick Aubameyang, although Arsenal still want to sign a new striker and are in talks with Manchester City over Brazil international Gabriel Jesus.

After confirming that Nketiah had put pen to paper on a new long-term contract, Arsenal announced he would wear the number 14 shirt made famous by Premier League legend Henry next season, having previously worn the number 30 shirt.

‘I’m delighted Eddie is staying with us,’ Arteta said. ‘He represents what we are all about and all the values of the club.

‘We are very happy that he has extended his contract and now we have to get to work and continue to develop the great talent and person that we have in him.’

Arsenal technical director Edu added: ‘The foundations of this squad are built on young talent and in particular those who have come through our academy system.

‘Eddie was released by another club as a young man but has always shown he has the attitude as well as the ability to become a top player.

Ready for a new chapter ð¤

‘The fact he’s signed a new contract is an important part of our squad planning for next season and we’re all delighted.’

Nketiah, a Hale End Academy graduate, is the England Under-21s all-time top scorer with 16 goals in 17 appearances and captained the side that won the 2021 European Under-21 Championships.

Despite Nkeitah’s flurry of goals towards the end of last season, Arsenal still dropped out of the top-four to miss out on a long-awaited return to the Champions League.