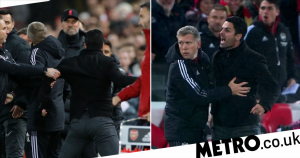 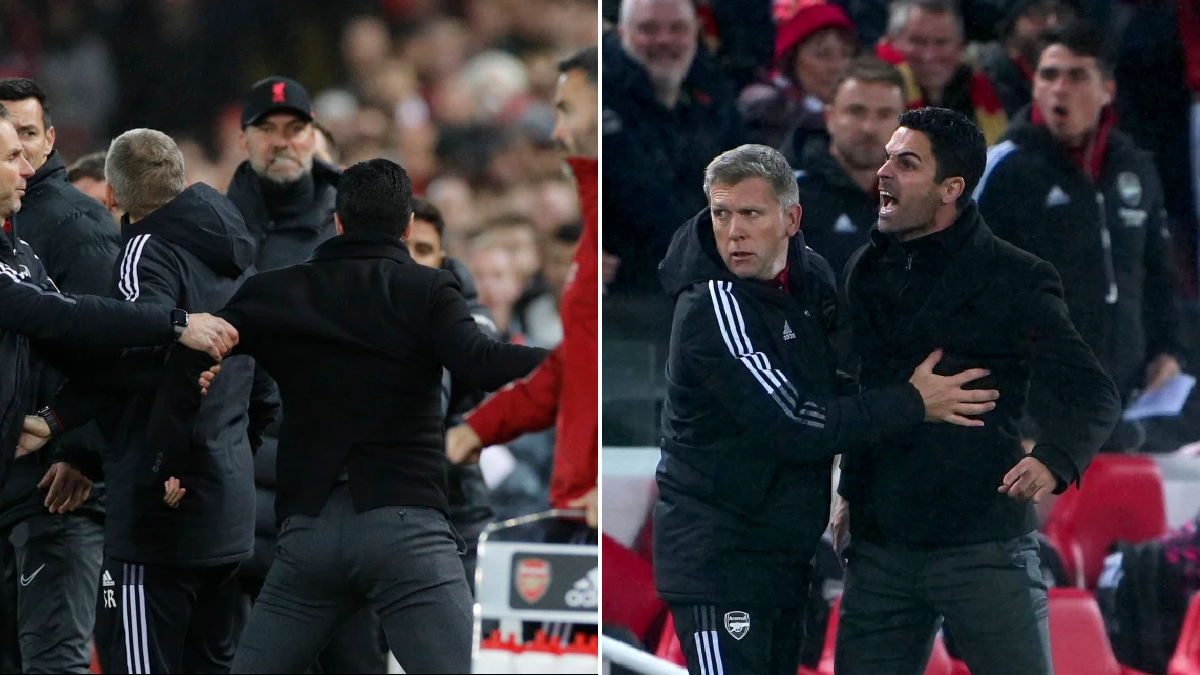 Liverpool boss Jurgen Klopp admits he crossed a line and deserved a yellow card for his confrontation with Mikel Arteta during Saturday’s 4-0 win at Anfield, while the Arsenal manager played down suggestions the incident fired up the opposition.

The match had initially been a relatively tame affair but ignited just after the half-hour mark when the two managers had to be physically held back as they screamed and shouted at each other.

Arteta appeared to be furious with what seemed a largely innocuous challenge from Sadio Mane on Takehiro Tomiyasu, prompting a furious exchange on the touchline as referee Michael Oliver showed yellow cards to both coaches.

The flashpoint livened up the Anfield crowd and fired up Liverpool’s players, with Mane opening the scoring a few minutes later, and they tore through Arsenal’s defence in a rampant second half to net three more goals – and, in truth, it could have been more.

Klopp was reluctant to pin Liverpool’s improved display on his scuffle with Arteta and insists he was simply defending Mane, having felt Arsenal’s coaching staff had overrated to the challenge.

Asked about the heated argument, Klopp told Sky Sports afterwards: ‘It was about the situation that it was absolutely no foul from Sadio but the Arsenal bench went up like it was nearly a red card. And I asked what did they want in that situation, because I really cannot get that anymore.

‘We had to take Sadio off against Atletico Madrid [in the Champions League] because Atletico went only for that and wanted him to get a yellow card, and then I have to take him off and all these kinds of things, and it’s just not okay.

‘The referee did really well in that situation – I deserved a yellow card. It’s no problem at all. But it was really about that thing.

‘If it was a harsh challenge we are all like this, but it was nothing, he didn’t even touch him, it was just two players going up in the air. And [Arteta’s reaction] was not okay and that is what I said.’

On whether the incident fired up the home support and the players, Klopp added: ‘I don’t know, I’ll have to watch it back – if that was the case I’ll do it more often! Of course that’s not possible, you can’t act like this it just happened in the moment.’

Arteta was also asked about what had caused the argument and was rather less forthcoming, replying: ‘Nothing. I think he was defending his team and I was defending my team. That’s it.’

Probed on whether the flashpoint worked against his side, the Arsenal boss added: ‘I don’t know, I think the atmosphere was extraordinary right from the beginning and this crowd doesn’t need much, so I don’t think it made a difference. Yes I did [speak to Klopp after the match] and I congratulated him. These moments are left on the pitch.’