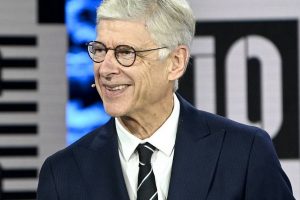 Arsene Wenger would return to Arsenal if needed, the legendary manager has confirmed.

Wenger left the Emirates in 2018 after spending 22 years at the helm.

During that time, he oversaw the club’s transition from Highbury to the Emirates while establishing the club’s status as a European powerhouse.

However, towards the end of his time at the Emirates Wenger drew criticism from large sections of the Arsenal fanbase for failing to challenge for the Premier League title or the Champions League.

Wenger has been linked with a return to management since leaving, but it appears his time in the dugout is over.

Arsenal are in the midst of a torrid start to the season, having failed to get going under Mikel Arteta.

They’ve had back-to-back league wins to help turn the tide, but the pressure is still there.

And this week, Wenger was asked whether he would ever consider a return to the club.

Wenger hasn’t returned to the Emirates since leaving the club, having reportedly been unhappy with the way his exit was handled.

But he hinted the wound has finally healed, as he added: “Time is a good doctor, you know."

Speaking earlier this season, Wenger heaped praise on Arteta and backed him to succeed at the club.

He said: “Mikel had passion for the game and big motivation, and good focus and a desire to do well. You could see the ingredients there, and he had a grip and influence on the other players.

“He’s lucky that straight away he got into a big club, in a position where you normally have to work ten years to get in that position. But because he played for the club and was a good player, he got his chance. I wish him well.”