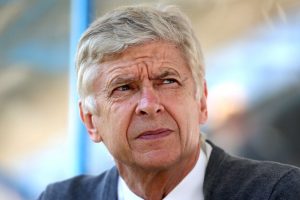 Arsene Wenger has revealed he was approached by Real Madrid twice to become their manager but rejected the Spanish giants on both occasions to remain at Arsenal.

The Frenchman was highly sought-after during his trophy-laden 22-year spell with the Gunners – particularly after leading them to three Premier League titles, including going the 2003/04 campaign unbeaten.

Arsenal's venture to the 2006 Champions League final was also a feather in Wenger's cap despite his team failing to get past Barcelona.

It certainly made Madrid sit up and take notice, but unfortunately for them the fiercely loyal Wenger already had his roots firmly engrained in Arsenal's future.

“I almost went to Real Madrid twice," Wenger recalled to Marca. "There aren’t many who can say that, but I was involved in the project to build the new stadium that would replace Highbury and had to be financed.

“We paid for it all ourselves, we didn’t get help from anyone. We paid for it on the pitch by selling our most expensive players and buying cheap. That’s why I didn’t go to Madrid. I wanted to finish the project.”

Arsenal's move to the Emirates Stadium was completed in the summer of 2006, shortly after their Champions League heartbreak, and was supposed to herald the start of a successful new era for the club.

Sadly for Wenger it became more of a burden as his ageing squad was in need of fresh legs as key players departed but adequate replacements were hard to come by.

Even so he kept the club in the Champions League for almost the entirety of his reign – an impressive feat – but failed to secure qualification in his final two years in charge.

And it would have been particularly difficult for Wenger to turn down Madrid's advances, as he described his lifelong support for the Los Blancos.

“When I was a child, Real Madrid was my team,” he said. “I grew up watching Di Stefano, Puskas, Kopa, Santamaria, Gento. They left me impressed. I liked Real Madrid and over the years I got to play against them."

Madrid are currently in the process of renovating and modernising their own stadium.

Wenger added: “I love to see that the stadium is in the centre of the city. It’s part of people’s lives. Football is in the heart of the city. This is Real Madrid and this is the Santiago Bernabeu.”