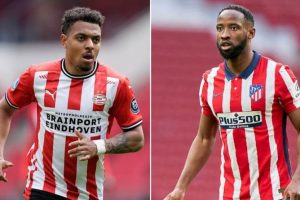 Arsenal are likely to miss out on signing Celtic striker Odsonne Edouard, with the French striker expected to sign for Leicester City. The Gunners are in the market for a new forward as Mikel Arteta looks to provide support for Pierre Emerick-Aubameyang and Alexandre Lacazette.

Edouard was mentioned as a possible target for the north London club, but he is now set for a reunion with former manager Brendan Rodgers.

With the 23-year-old no longer an option, Express Sport have taken a look at four other attacking options Arsenal could consider this summer…

Another player to have learned their trade at Celtic.

Dembele enjoyed two successful campaigns in Scotland, before leaving the club for Lyon.

The French striker hit 20 plus goals in his first seasons in Ligue as he demonstrated his clinical nature once again.

Dembele has since fallen out of favour at Lyon and spent the second half of the season on loan at La Liga champions Atletico Madrid.

At the age of 24, he is likely to continue improving and could be a worthy investment for the Gunners.

JUST IN: Arsenal have perfect shirt number to give Ruben Neves as bid expected 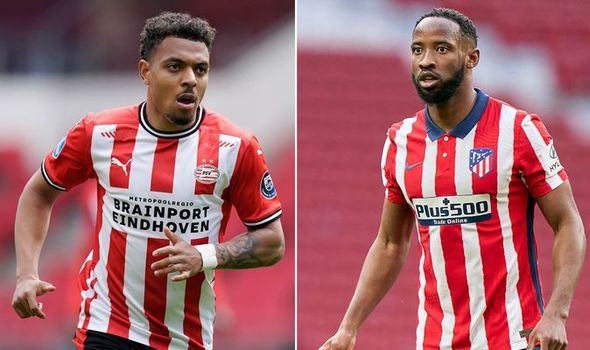 Malen was once on the books of Arsenal, having spent two years in the Gunners’ academy between 2015 and 2017.

The Dutch striker left north London to sign for PSV, where has since become an influential figure.

He has scored 55 goals in 116 appearances for the Eredivisie side, witnessed improved numbers season-on-season.

Malan is renowned for his pace and dribbling ability and is quickly becoming an in-demand player despite only being 22-years-old. 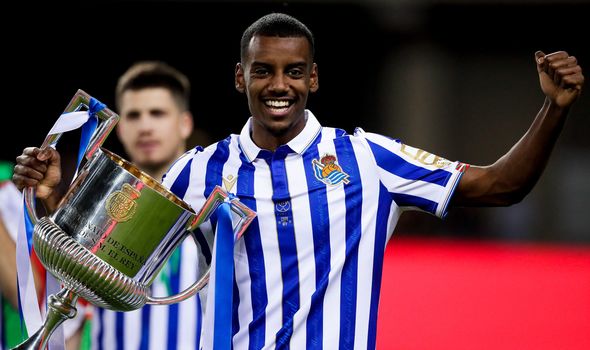 A powerful striker with an eye for goal.

Isak burst onto the scene as a youngster at Swedish top-flight side AIK, becoming the club’s youngest goalscorer at the age of 16 years and 199 days.

The 6ft 4in striker then earned a move to Borussia Dortmund in 2017, but found opportunities limited at the German club.

An impressive loan spell at Dutch outfit Willem II resulted in Isak earning a permanent switch to Real Sociedad, where he has continued to develop his reputation.

Recently named in the Bundesliga Team of the Season, Andre Silva has got his career back on track at Eintracht Frankfurt.

The Portuguese forward earned a big-money transfer to AC Milan in 2017 but was soon loaned out after only managing two league goals in his debut campaign at the club.

He spent time at Frankfurt in the 2019/20 season, finding the back of the net 16 times in all competitions.

Silva joined the club on a permanent basis ahead of the current campaign and managed an impressive 29 goals in 34 appearances.