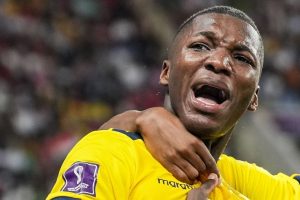 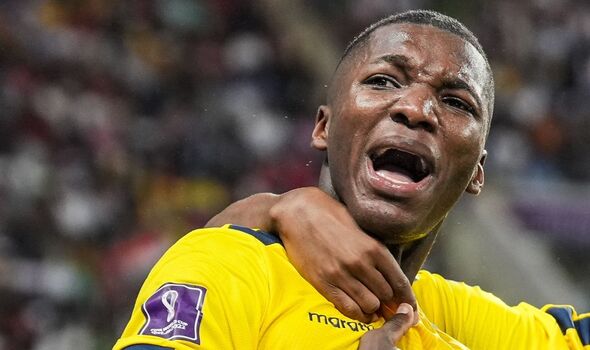 Arsenal are working on the signing of a central midfielder in addition to the capture Ivan Fresneda meaning the Gunners could yet finish the January transfer window with four new recruits – providing their efforts are successful. Edu moved quickly last week to wrap up two quick-fire arrivals in the form of Leandro Trossard and Jakub Kiwior but Arsenal are not taking their foot off the gas in the final stretch of the winter window.

Speaking ahead of the FA Cup trip to Manchester City, Mikel Arteta confirmed the club were keen to sign additional cover in midfield due to Mohamed Elneny’s ongoing fitness struggles.

“We need some more cover in midfield ideally if we can,” Arteta explained.

“In this market it’s pretty complicated to do that. The most important thing is that we get the performances and the time on the pitch that we need with the players we have available today that are already really good.”

Arsenal were said to be interested in a loan swoop for Eduardo Camavinga but those links were quickly shot down by Real Madrid, who have labelled the Frenchman as “untouchable”.

Nonetheless, the Gunners will continue to explore the market for opportunities ahead of a blockbuster summer swoop for Declan Rice.

Moises Caicedo of Brighton is another name of interest but the Seagulls are reluctant to sell mid-season unless they receive an irresistible proposal.

Amex chiefs are stubborn negotiators though and despite recently shaking hands on a deal with Arsenal for Trossard, they are prepared to hold firm on Caicedo to ensure they keep him until the end of the season.

Chelsea saw an opening bid worth £55million rebuffed last week and the Blues are now considering returning to the table with an improved offer.

Nottingham Forest’s new signing Danilo from Palmeiras was another name that was considered by Arsenal in the past few months but the Gunners decided to allow him to join the Tricky Trees.

Arsenal would ideally like a defensive midfielder capable of providing both cover and competition for Granit Xhaka.

The Gunners are also in the ascendancy for talented Real Valladolid right-back Fresneda, whose future is set to be decided shortly.

Valladolid would like the Spanish teenager to be loaned back in order to agree to a sale and transfer rivals Borussia Dortmund would be prepared to do that.

It’s currently unclear whether Arsenal would be willing to satisfy the La Liga club’s request but they are among the clubs looking to close a deal for the defender.

His arrival is possibly linked to the future of Cedric Soares as Fulham look to wrap up the loan signing of the Portuguese.

However, Fulham have currently used up their loan quota having signed Shane Duffy and Daniel James on loan from Brighton and Leeds, respectively.

It means they will have to cut one of those short or make one permanent in order to land Cedric on loan for the rest of the season.

Sources have also indicated Fulham may struggle to cover all of Cedric’s wages despite reports stating otherwise.

Cedric wants to join Fulham but the deal is still seemingly not as advanced as suggested.