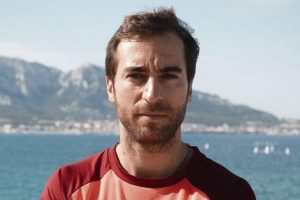 Two Arsenal figureheads have made it big in the business world: Daniel Ek, CEO of streaming app Spotify, and Mathieu Flamini, a former player turned businessman.

Indeed, each is enjoying a stellar career and share attachments to the Gunners.

Ek was keen on purchasing Arsenal over the spring after he tweeted: "If KSE would like to sell Arsenal I'd be happy to throw my hat in the ring."

The Swedish billionaire has been an Arsenal fan since 1991 and apparently started supporting the Gunners because of Anders Limpar, the club’s former winger, hence the interest.

A bid was made, thought to be around £2billion to the Kroenkes, but they rejected it.

So how much is he worth?

The 38-year-old Scandanavian is worth a quite an outrageous £3.6billion.

And that amount dwarves that of Flamini who, despite some reports, is not in fact a billionaire.

The Frenchman played for Arsenal between 2004 and 2008, before moving to AC Milan for five seasons.

From there, he returned back to the Gunners for a further three seasons, before going to Crystal Palace for a season, and then La Liga’s Getafe, where he retired.

The midfielder enjoyed his best years in the Premier League and made 246 appearances and scored 13 goals overall under Arsene Wenger.

Flamini turned to business soon after, co-founding GF Biochemical in 2008 long with his business partner Pasquale Granata in 2008. The company is very niche, a leading global producer of levulinic acid and derivatives.

Do you think Daniel Ek will make a return bid for Arsenal? Let us know your thoughts in the comments section below.

The former Serie A player said of his business: “We founded GFBiochemicals with the ambition of finding sustainable alternatives to oil-based products”.

According to GFB's website, their product offers a solution for those looking to reduce greenhouse emissions.

The company had indeed grown heavily and has now started to expand to America. Its market value is now in the tens of billions – and this is probably the source of confusion that Flamini is a certified multibillionaire.

Despite owning such a vast company dealing in modern technology, as well as employing 80 people, Flamini says he’s not quite at the elite level.

"Contrary to what I read, I do not have €30 billion in my bank account," said Flamini.

"In fact, [€30 billion] is the total value of the market we want to 'attack' with the new technologies we have developed in recent years.

"There was a misunderstanding. It's as if we had given a single restaurant the value of the entire catering market in France."

So, if not a multi-billionaire, just how rich is the 37-year-old?

There are estimates out there that have his net worth of about £16.79million – still a substantial amount but barely scratching the surface of Ek’s empire.