Arsenal are being priced out of signing British players as the financial constraints on the club continue to take grip.

Sportsmail understands the Gunners’ new-look transfer committee – fronted by head of recruitment Sven Mislintat – have been surprised by the costs involved with trying to sign homegrown players.

As a result, the club are focusing their scouting manpower on identifying overseas targets ahead of the next two transfer windows. 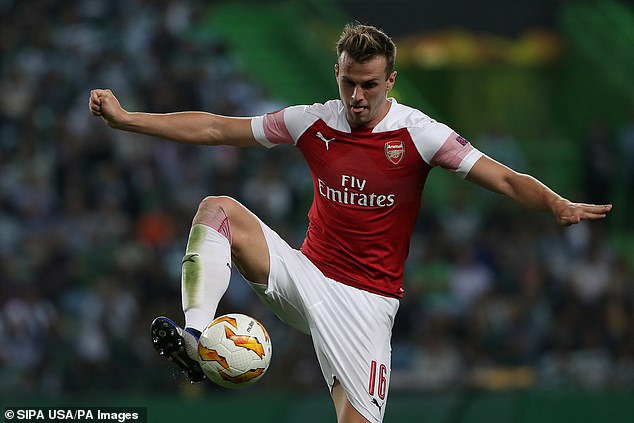 Rob Holding was the last British player signed by Arsenal from Bolton for £2.5m in 2016

Arsenal have been offered two premium homegrown players in recent months – but both times Gunners have gawped at the price.

The last British player signed by the club was Rob Holding in 2016 – who cost just £2.5million from Bolton.

Before that, Danny Welbeck arrived from Manchester United in 2014 for £16million. 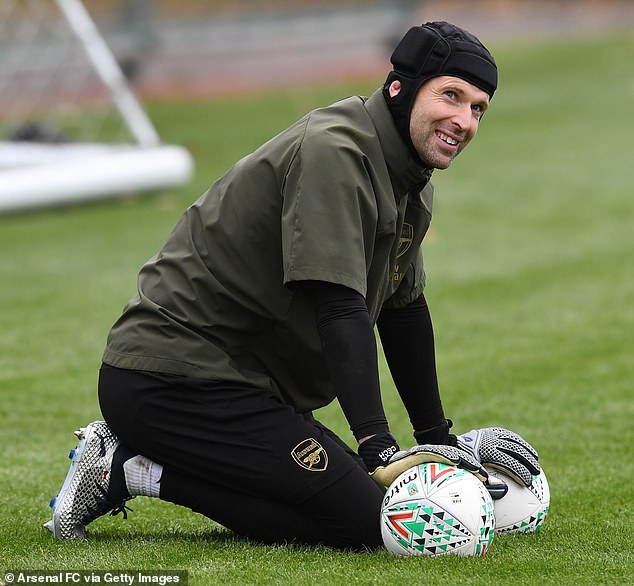 Arsenal have shown an interest in Fulham’s Tom Cairney in recent months, but the likely cost of any move to sign the midfielder has raised concerns behind the scenes.

Finances are tight at the Emirates Stadium following two seasons outside of the Champions League and the club are concerned the price placed on homegrown stars does not offer the club best value.

Arsenal face Blackpool in the Carabao Cup on Wednesday night, where Petr Cech will start after recovering from a hamstring injury.

Cech was on the bench for Sunday’s draw at Crystal Palace, Bernd Leno keeping his place in the starting XI despite the former Chelsea star returning to full fitness.

But Cech will be handed the chance to win his Premier League place back tonight.

The goalkeeper will be one of handful of senior players to face the Tangerines, as Unai Emery plans to field a mixture of experience and youth.

He said: ‘We will choose 18 players for the Blackpool match, the young players also. We are going to have a mix in order to get the best performance against Blackpool, to respect them. For us, the Carabao Cup is very important. It’s an opportunity to win a trophy and for tomorrow, a chance to play in front of our supporters at Emirates Stadium in this competition.’