Mikel Arteta faces a selection headache against Leeds with Arsenal confirming that Thomas Partey will not be available this weekend. Partey was forced off at half-time in the recent 3-0 defeat to Aston Villa.

He needed treatment for a thigh problem, which prevented him from meeting up with Ghana over the international break.

But Partey has been unable to recover in time for Sunday’s match against Leeds.

The 27-year-old joined Arsenal on transfer deadline day after the Gunners met his £45million release clause.

And he’s been brought straight into Arsenal’s starting line-up, although it’s not been a comfortable introduction to life in the Premier League. 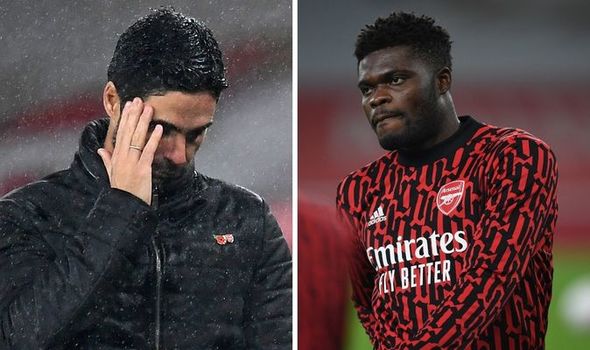 Arsenal have lost three of the four Premier League matches Partey has featured in, although he was hugely impressive in the 1-0 win over Manchester United.

Arteta now has a decision to make on who he chooses to replace Partey with this weekend.

Granit Xhaka would be the most likely to step in, but Partey isn’t the only player unavailable to Arteta this weekend.

Express Sport provides a rundown of four other players Arsenal can’t call upon against Leeds.

How Arsenal could line up after Dominik Szoboszlai and Aouar transfers

The left-back tested positive for coronavirus while on international duty with Bosnia and Herzegovina.

He is said to be asymptomatic and self-isolating ahead of his return to training, but won’t be available this weekend.

Elneny returned a second positive test for COVID-19 this week while on international duty with Egypt.

The 28-year-old is said to be showing no symptoms and is currently isolating in Cairo before returning to London. 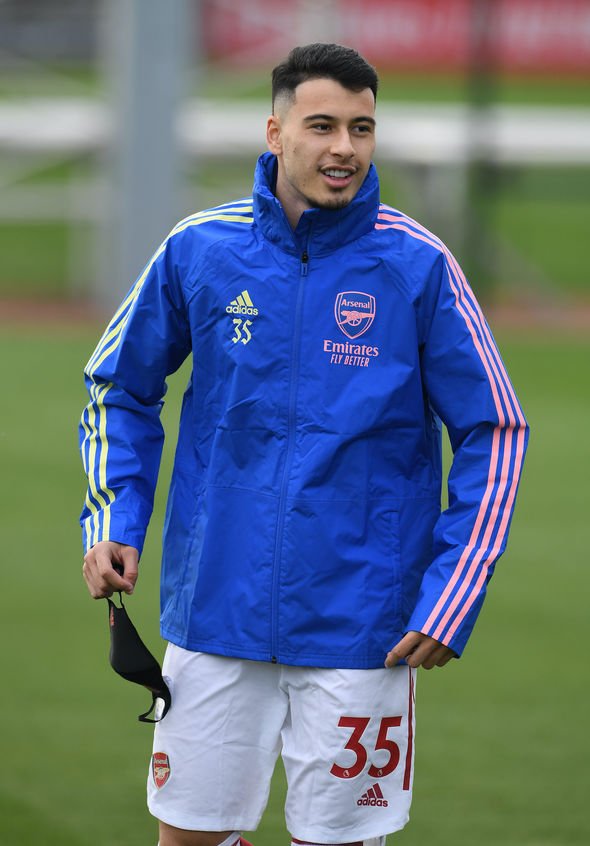 The centre-back has slowly been integrated into full training after suffering ligament damage against Manchester City in the league last season.

There is no timeline on his potential return but he’s not expected to be out for much longer.

The Brazilian was originally expected to miss the remainder of 2020 after sustaining an injury towards the end of last season.

But Martinelli’s recovery has been going well recently and he’s expected to start some light training within the next two weeks.

Vandy’s Sarah Fuller to suit up, can make history