Arsenal may be forced to choose between McKennie and Fresneda deals 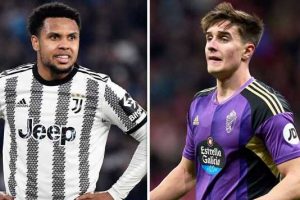 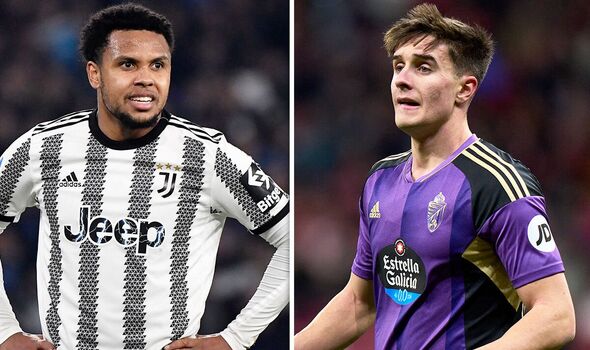 Arsenal may have to choose between signing Weston McKennie and Ivan Fresneda. The Gunners are linked with both players but Juventus could have a big say on their transfer business in the final week of the window.

Arsenal have made two signings so far in January. They brought in Leandro Trossard from Brighton last week and have finalised a deal to sign defender Jakub Kiwior from Spezia.

The Gunners are set to spend less than £50million on the duo, so have some money left over after they were prepared to pay over £80m for Mykhaylo Mudryk earlier this month. Real Valladolid right-back Ivan Fresneda has strongly been linked with a move to the Emirates.

However, they are far from the only club keen on signing the Spanish teenager. Italian outlet La Gazzetta dello Sport claims Juve still hold an interest in Fresneda.

The Old Lady needs to raise funds in order to be able to afford a deal. The report says the sale of McKennie would enable them to make a move for Fresneda.

And one of the clubs interested in McKennie are Arsenal. Signing the USA international could facilitate a move to Juve for Fresneda and see the Gunners miss out on the youngster.

Therefore, Mikel Arteta and sporting director Edu may have to decide which player they most want to sign in this window. Juve are willing to sell McKennie and would accept an initial fee of between £17.5m and £22m plus add-ons.

Arsenal are yet to show a concrete interest in the player but he is an option as they look to bolster their midfield resources. The Athletic claimed on Monday that Arsenal had agreed a fee with Valladolid for Fresneda of just over £13m.

However, Borussia Dortmund have also reached an agreement with the La Liga club. But Juve could make a late assault on Valladolid if they receive funds for McKennie.

McKennie is described by Gazzetta as the most expendable member of Massimiliano Allegri’s first-team squad at Juve. He has not looked favourably at interest from the likes of Bournemouth, Fulham and Aston Villa.

Arteta doesn’t have much depth in reserve behind his first-choice midfield but is well-stocked at right-back. The Spaniard may have to decide which position is most in need of reinforcement before the window shuts in a week’s time.