The Gunners boss is facing a huge dilemma ahead of naming his starting XI this morning for the visit to Selhurst Park.

Cech is available after recovering from a hamstring injury that has seen him the previous four matches. 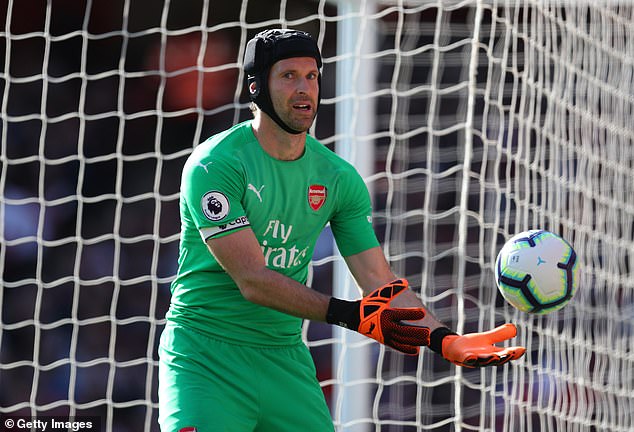 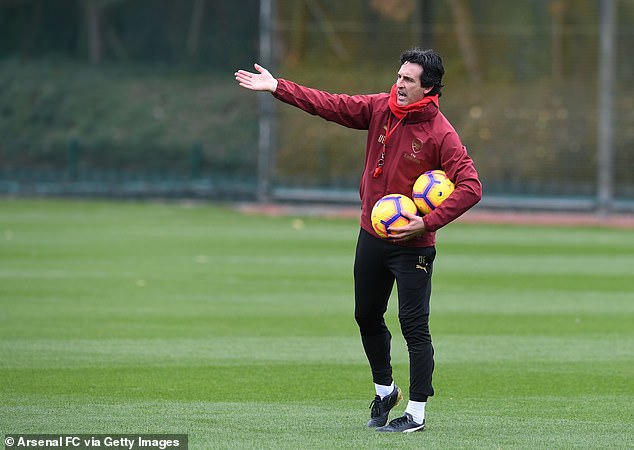 Bernd Leno has performed excellently in Cech’s absence and Emery admits he is facing one of the biggest decisions of his tenure so far.

Cech started the season as No 1, despite the arrival of Leno from Bayer Leverkusen.

Emery’s decision came as something of a surprise; Leno was expected to be handed the gloves.

Leno has not put a foot wrong since standing in for Cech, his ability with the ball at his feet a growing feature of Arsenal’s excellent form in recent weeks.

And Emery said: ‘For Sunday Petr Cech is okay, and we must decide whether to play him in the first XI or not.

‘We have very big confidence in all the goalkeepers and I am happy with the way they work with the coaches. 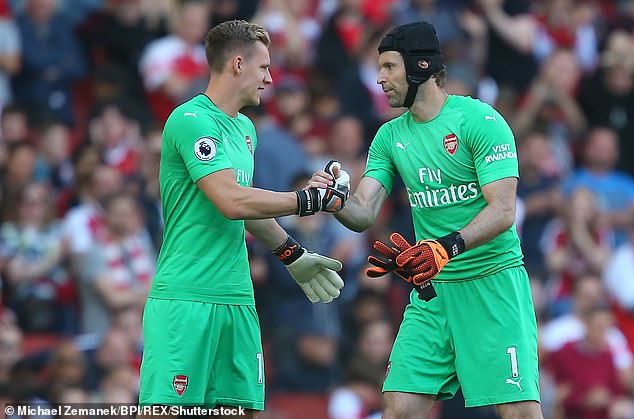 ‘It’s a big decision but it’s also a positive one because they are both with a good performances.

‘Now we are very happy with Leno and before Petr Cech had the injury he was also giving very good performances.

‘It’s very important that we are all feeling together in every match. It’s important the players have commitment and good behaviour in every training and every match, whether they are starting in the first XI or on the bench.

‘We need a lot of players. It’s not good for me to have to decide between a lot of players who have good performances to be in the first XI, but it’s the best for the team.’ Victory today will see Arsenal extended their winning run to 12 games, and Emery added: ‘I’m not surprised because I believe in this team.

‘But I know it isn’t easy to win each match. We need continue thinking only about the next match.

‘Crystal Palace away was a very difficult match in Arsenal’s history. But we are going to prepare for the best performance for us.’