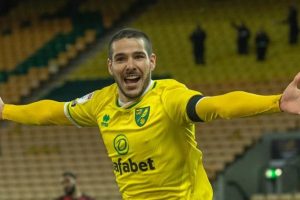 Arsenal have prioritised securing a deal for Martin Odegaard after losing out on Emiliano Buendia to Premier League rivals Aston Villa, according to reports.

The Gunners suffered their first blow of the summer on Monday when Villa announced that they are set to be pip the north Londoners to the signing of the Norwich City midfielder.

Buendia will undergo a medical when he returns from international duty with Argentina ahead of securing a transfer that will reportedly cost Villa £29million plus add-ons. The 24-year-old will be the club’s record signing, trumping the £25m that they paid for striker Ollie Watkins last summer.

Arsenal had an offer of £26m for Buendia knocked back by Norwich.

Villa confirmed that an agreement with Norwich had been made, subject to Buendia passing a medical.

JUST IN: Gary Neville hits out at Premier League over Big Six punishment 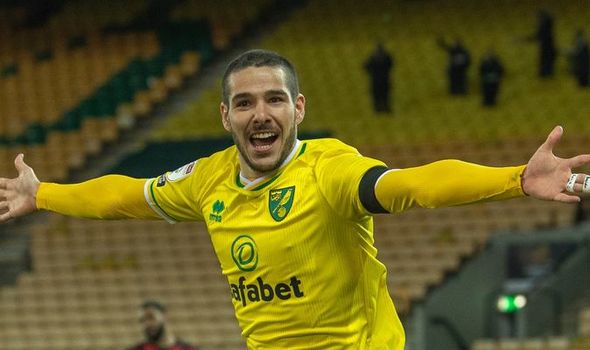 “Aston Villa and Norwich City have reached an agreement for the transfer of Emiliano Buendia,” a club statement said.

“As Emiliano is currently in the Argentina national team’s biosecure bubble, preparing for a World Cup qualifying match with Colombia on Tuesday evening, he will undergo a medical and complete the transfer after the game.”

Arsenal had been interested in signing Buendia with several of their creative stars set to depart this summer.

He scored 15 goals and registered a further 17 assists for Norwich last season, helping them earn an immediate return to the top-flight after winning the Championship.

Gunners boss Mikel Arteta is set to lose both Odegaard and Dani Ceballos, whose loans from Real Madrid have ended.

It has also been widely reported that Willian could leave after just a year at the Emirates Stadium.

And Arsenal will seek to fill that void by prioritising a move for loanee Odegaard, according to Fabrizio Romano on the Here We Go podcast.

The Norwegian signed for Arsenal from the La Liga giants on a temporary deal in January and made 14 top-flight appearances as Arteta’s side finished eighth. 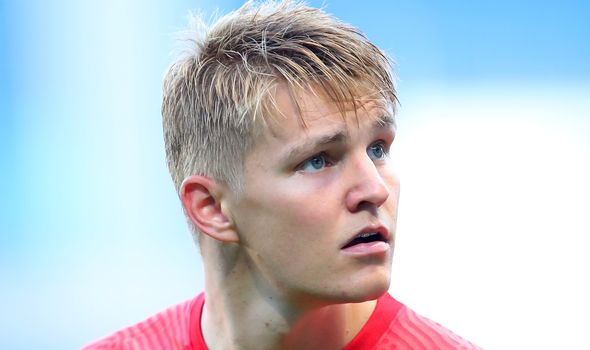 He scored once in the league and provided two assists.

Meanwhile, Arteta has urged the Arsenal board to back him in the transfer window this summer, claiming that the club is quickly falling behind their rivals.

“Time is catching up right now,” Arteta said in May.

“It’s a trend, it’s been years now that this has been happening.

“If the distance and the margins with the rest become too big, then it’s almost impossible to do it.

“We are still on time, and we have put some very strong pillars and foundations in the last few months to do what we have to do.

“We know what has been going on inside here for the last 18 months. We know.

“We only know – the ones that are here. How we have built that is incredible.”
Source: Read Full Article