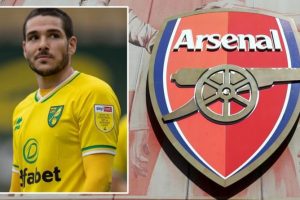 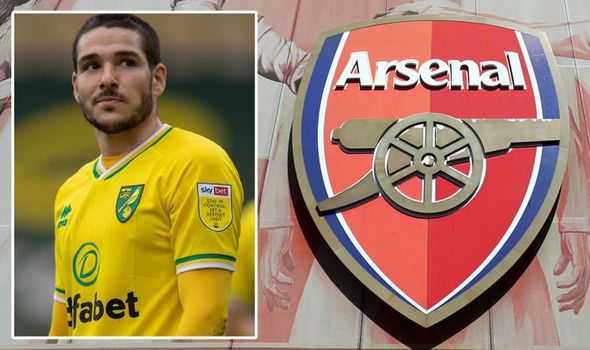 Arsenal are eager to sign Martin Odegaard on a permanent deal at the end of the season, that much is clear even only from Mikel Arteta’s comments about the player in press conferences. But the Norwegian is reportedly eager to return to Real Madrid and prove himself on the biggest possible stage at the Bernabeu.

Whether he gets that opportunity, if Zinedine Zidane remains in charge, is another matter entirely but the Scandinavian playmaker’s performances in the Premier League will have made clubs across the continent take notice.

Eurosport say while Odegaard likes working under Mikel Arteta, he’s not sure the entire Arsenal squad are as convinced as he is by the Spaniard’s plans, and therefore the 22-year-old apparently plans to keep his options open in the summer.

Clearly, Arsenal need to draw up some fall-back plans in case they miss out on a permanent deal, or even the chance to secure a second season-long loan, for Odegaard.

And there is one target staring them straight in the face, one Arsenal have been tracking for some time: Norwich’s Emi Buendia.

After a 7-0 won over Huddersfield on Tuesday night, Norwich’s Premier League return could be confirmed this weekend, having racked up 87 points from 40 matches thus far. They will almost certainly win the Championship title. 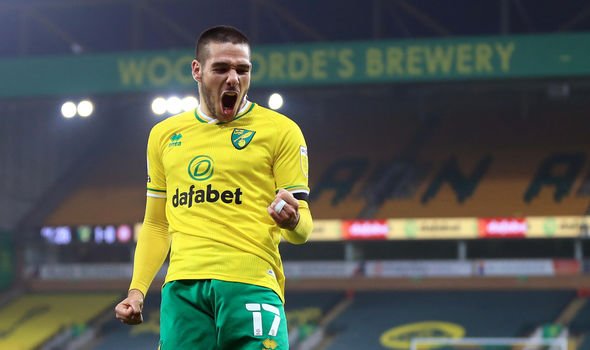 Buendia was sublime in their thrashing of the Terriers – as he has been all season – with a one-goal, three-assist display taking him to 12 goals and 15 assists from 33 Championship appearances this term.

The Argentine has created a staggering 99 goalscoring chances (Reading’s Michael Olise, earning rave reviews, has created 61 by contrast), of which 18 were categorised as big chances – the most in the league.

Buendia has also completed the most key passes (113), the most through balls (106) and has racked up the most shot assists (95) on his way to 15 assists, which is five more than any other player in the division has managed.

His average of three chances created per match is significantly superior to the output of any other player in the division and he became the first in the Championship this season to manage three assists in a single match against Huddersfield.

Some Norwich fans are even talking him up to be the best player ever to play for the Canaries, midfielder and club Hall of Famer Ian Crook perhaps his only rival. 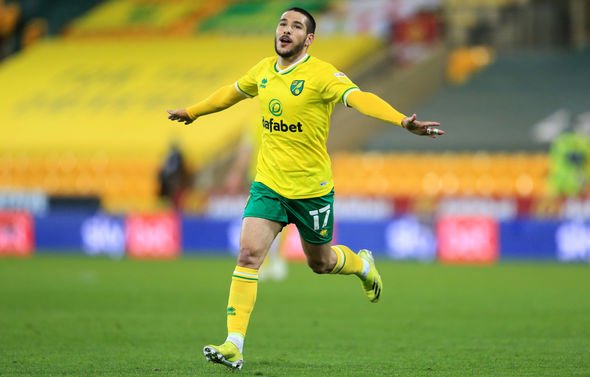 Buendia may have only managed one goal and seven assists in 36 Premier League matches last season but only Kevin De Bruyne (136), Jack Grealish (91) and Trent Alexander-Arnold (87) managed more than his 83 chances created.

Norwich’s goalscoring struggles – a league-worst 26 goals scored in 38 games – were not a reflection of Buendia’s game at all.

On top of his elite-level creativity, tricky playmaker Buendia – who plays from the right wing for Norwich – has a tremendous work-rate, the ability to dribble with the ball and an eye for goal.

There is plenty to believe at the Emirates, Buendia would fit like a glove. No wonder technical director Edu and manager Arteta have long been interested.

Arsenal legend Kevin Campbell agrees, and told Football Insider back in January: “He has the qualities that Mikel Arteta is looking for in a player.

“Not only can he pick a pass, he can score and he works hard. He has that energy which has been missing from the team for long periods of this season.

“I think there are some really good players in the Championship and Buendia is one of them. He would fit what Arteta wants to do perfectly. I am sure Buendia would want to join Arsenal.”

And while Eurosport say that Norwich told Arsenal in January that the player was unavailable at any price, the north London outfit are said to be expected to make an offer this summer. 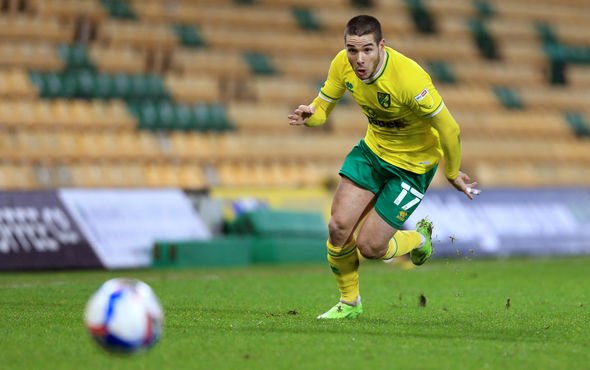 Any less than £40million, the amount Norwich were said to value the attacking midfielder at midway through the season, will surely be flatly rejected.

But Buendia is showing he’d be worth every penny of that figure, and while Arsenal’s problems this season are clear, the lure of playing for the Londoners remains, with Thomas Partey’s switch from Atletico Madrid last summer indicating that.

They will hope to at least have Europa League football to offer, though winning that competition this season would offer them a surprise route into next year’s Champions League, which would further increase their appeal and improve their financial clout.

Whatever their situation, Arsenal remain a step-up from Norwich, they are still one of the very biggest clubs in England, and that counts. There are still some high-level talents at the Emirates whom Buendia would relish playing alongside.

And if Odegaard proves unattainable, perhaps Buendia – although he plays as more of a right-sided winger than a No 10 – can become Arsenal’s new creator-in-chief.