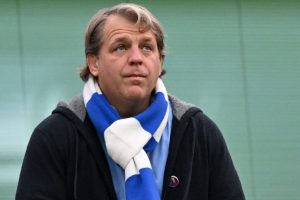 Arsenal will get revenge on Chelsea after the Blues poached Mykhaylo Mudryk by completing a deal to sign Leandro Trossard from Brighton. Trossard’s impending transfer to the Emirates Stadium means Brighton are under no pressure to sell Caicedo to Chelsea, with the west Londoners’ hopes of bolstering their midfield this month now facing a serious setback.

Arsenal had tracked Mudryk since last year and had looked set to finally get their hands on the Ukraine winger this month after reportedly putting forward three offers to Shakhtar Donetsk. The 22-year-old, who has won eight caps for his country, even posted a series of transfer hints on his Instagram page as he flirted with a move to the Gunners.

But Chelsea hijacked the deal last weekend after stumping up a whopping £88million and handing the ace a seven-and-a-half year contract at Stamford Bridge with wages of almost £100,000 per week.

Arsenal have stormed to the top of the Premier League table this season after winning 15 of their 18 matches. And Mikel Arteta would have viewed Mudryk as a key player in his team’s quest to win their first league title since 2004 if the winger had joined the club.

Arteta wasn’t prepared to go without this month, however, and now looks set to land Trossard in a deal that could net Brighton up to £27m. Trossard joined his current employers from Belgian side Genk in 2019 and has gone on to rack-up 25 goals and 14 assists in 121 appearances for the Seagulls. And his arrival in north London will be a blow for Chelsea.

According to CBS Sports, Brighton are now under even less pressure to sell Caicedo this month thanks to another healthy incoming transfer fee. The Seagulls maintain that they don’t want to lose their star midfielder this month, despite the fact Chelsea have tested the water. And it would be difficult for the Blues to get a deal over the line without tabling a massive offer.

Chelsea owner Todd Boehly has already illustrated his desire to splash the cash after investing heavily in the Blues squad last summer and throughout January. And he will now be forced to dig deep into his pockets once again if he is to finally prise Caicedo away from the south coast after already reportedly enquiring about a £65m move.

Caicedo has become a Premier League star since moving to Brighton from Ecuadorian club Independiente in February 2021 and could be just the player Chelsea need to help them rise up the table over the second half of the campaign in search of a top-four finish.