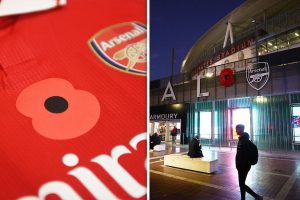 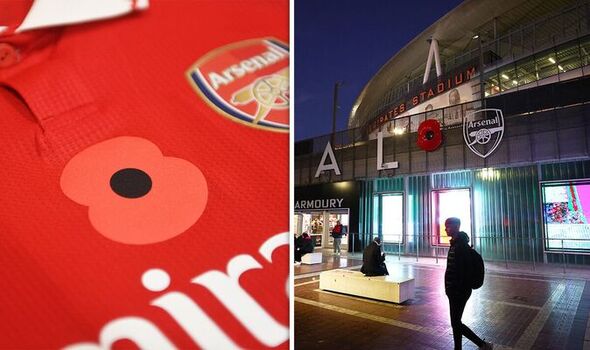 Arsenal fans have been left fuming after it emerged their Carabao Cup match against Brighton will not be televised anywhere in the world. Only supporters at the Emirates will be able to watch the game between the two Premier League sides.

Arsenal take on the Seagulls in the third round of the competition. English broadcaster Sky Sports has only chosen to show one match on Wednesday evening, with Manchester City against Chelsea understandably getting selected.

But it is not just in the UK where Gunners fans have been left frustrated. No TV station across Europe and the rest of the world will be showing the match.

Arsenal confirmed the only way to follow the game is via their in-house media team, who will be providing audio commentary. And it has not gone down well on Twitter.

@ArsenalBuzzCom tweeted: “It’s 2022, and the Arsenal are not on TV tonight. It’s actually mind boggling.”

While @kcmichelle72 put: “Arsenal is not on TV anywhere in the world today. What is the point of steaming services?”

The mood of the tweets seemed to get more aggressive. @Okekeemmanuel94 wrote: “What a joke. Arsenal Football Club will not be on TV and we are proud of it?”

While @WinhamClive said: “What a load of s**t…..can’t even watch my beloved arsenal game that’s in an ENGLISH cup on TV……. perthetic (sic).”

@henrysarsenal wrote: “Absolute disgrace spurs or arsenal ain’t on tv in the @Carabao_Cup”

And @dBoi_massive put: “The Arsenal Vs Brighton game not being on any TV channel at all is extremely frustrating!

Arsenal are currently top of the Premier League and will stay there until Christmas with victory over Wolves on Saturday. Cedric Soares could get his first start of the season against Brighton, while the likes of Reiss Nelson and Eddie Nketiah could earn more chances to impress.

But Arteta will resist making wholesale changes and wants to go far in the Carabao Cup. He told Arsenal media: “It is a different competition but the purpose is the same, to play as good as we can, win the game and go into the next round. You know there are no second chances and we’ll take it very seriously.

“We’re going to pick a very competitive team. I think everyone deserves chances, and we’ll make some changes with judgement in relation to the load of the players, but we’ll play to win.”