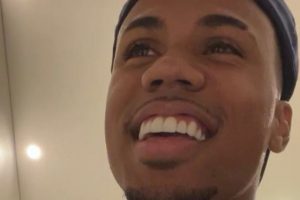 Some Arsenal fans believe that Yves Bissouma could be on his way to the Emirates after Gabriel Magalhaes' recent activity on Instagram Live.

Brighton midfielder Bissouma has been strongly linked with a move to the Gunners in recent months.

The impeding exit of Granit Xhaka to Roma only makes it clearer that Mikel Arteta needs to strengthen in midfield.

Recent reports have suggested that Arsenal are well in the running to land Bissouma this summer.

The Mali international only has two years left on his contract on the south coast, and 90min gave claimed that the Gunners lead the race to sign him. Liverpool and Leicester City have both been linked with the player, but it is understood that he would prefer not to move to the north.

That has led to Arsenal growing increasingly more confident he will join the club.

And Gunners fans perhaps had even more reason to be positive after current Arsenal defender Gabriel appeared to potentially hint that Bissouma is on his way to the Emirates. Of course, smiling is a very natural thing to do, especially given the fact he was trying to entertain fans on social media, but the grin went down very well with fans.

Meanwhile, another fan wrote: "Touch your hair if Bissouma is joining."

Naturally, fans were only too happy when Gabriel went on to put his hand on his head for a relatively lengthy period of time.

Reacting to the snapshots of Gabriel's Instagram Live on the r/Gunners reddit page, one fan wrote: "Tier 1: I’m convinced."

While another added: "Lmao I love Gabriel."

Brighton chief executive Paul Barber recently admitted that it was possible that Bissouma would be on the move this summer for the right price.

"I don’t see it [interest in Bissouma] as a negative at all," Barber told The Athletic.

"The more the big clubs that are interested in our players, the more we’re doing right, so I am delighted with that.

Will Bissouma become an Arsenal player this summer? Comment below

"We know some of our best players aren’t going to be with us forever and, if the right offer comes along – and it has to be the right offer – and they want to leave, then they can go.

"If we’ve got players leaving, then we’ve got back-up internally, and we can go out into the transfer market. We’re always looking ahead.

"We’re always trying to scout the best young players and bring them into our squad, or loan them out. It’s a really important part of what we do."